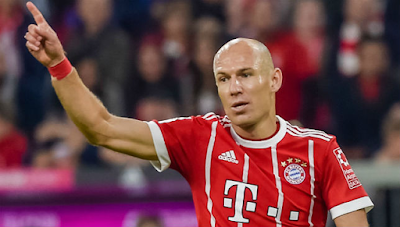 Arjen Robben has described former Bayern Munich boss Pep Guardiola as the “master of offensive football” and says the Catalan is the best coach in the world.

The 36-year-old was brought to Bavaria by Louis van Gaal and also worked with Carlo Ancelotti, Jupp Heynckes and Niko Kovac at the Allianz Arena.

Meanwhile, Mourinho bought Robben in 2004 in his first stint at Chelsea, while he played under Guardiola in Germany for three seasons. He developed into one of the most feared wingers of the world under the coaches over the last decade.

But Robben feels the Spaniard is the coach who helped him to improve the most.


“I love football and, above all, the offensive football – and Pep is a master at it,” he told Socrates magazine.

“He focused on attack and total ball control. Of course, I particularly liked that. We were on the same wavelength.

“He made sure that I became more complete. For me, Pep is the best coach in the world. The three years with him in Munich were extremely instructive.”