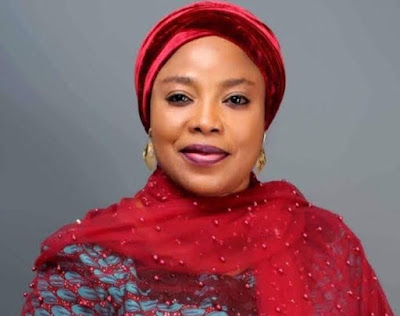 Minister of State in the Federal Capital Territory FCT, Dr. Ramatu Tijjani Aliyu, has called on beneficiaries of the Administration’s palliatives to return anyone they feel is defective and unfit for human consumption, to allow for replacement, but at the expense of the suppliers.

Aliyu made the call on Friday during an inspection of palliatives for Kabusa, Garki, Wuse and City Centre Wards in the Abuja Municipal Area Council AMAC.

While she acknowledged that the administration got supplies from different producers and so there could be incidences due to production error, Aliyu who was represented by her Senior Special Assistant on Administration and Strategy, Prof. Muhammad Usman, stated that each of the four wards would be receiving 3000 bags of rice and 3000 bags of condiments.

She also charged councillors representing each ward to be transparent by ensuring that the items get to the targeted individuals.

“I want to put it on record that these materials were brought together by major suppliers, but as in every production process, you cannot guarantee that every one of them will be problem-free.

As we have observed briefly, if you find any material unfit for consumption, you are at liberty to notify the chairman and such item will be replaced at the expense of the supplier,” Aliyu stated.

The minister reiterated that the Internally Displaced Persons (IDPs) and People Living with Disabilities (PLWD) are the responsibility of the Administration while assuring that arrangements are on the ground for the second phase of the palliative distribution.

In his remarks, Chairman of Abuja Municipal Area Council, Hon. Adamu Candido, thanked the administration for the successful distribution of palliatives in Orozo, Karshi, Karu and Nyanya wards, stressing that the success recorded in these wards was above 80 percent.

Candido, used the occasion to charge councillors in other wards to scale-up the performance of previous distributions, adding that there would be a reward for an excellent performance.

He said; “I thank the team particularly the Palliatives chairman of what they did yesterday. The Area Council is very happy and appreciative.

Our prayers is that may God continue to protect the principals, the Minister, Malam Muhammad Musa Bello, and Minister of State, Dr. Ramatu Tijjani Aliyu. Sincerely, we never had it so good.

“I want to reassure you that by the grace of God we will continue to do our best. The support we received from our youths from the first four wards was very encouraging. And for the councillors, we should bear in mind that we have a name to protect.

“We are not just councillors today, we can be anything tomorrow, but we can destroy that name with our present position today.

Don’t take what does not belong to you. The performance yesterday was about 80 percent, but I want you to improve on that rating”, he stated