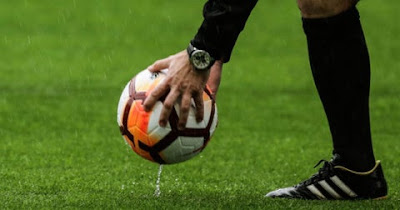 The Premier League season is set to restart on June 17, three months after it was suspended due to the coronavirus pandemic, British media reported on Thursday.

No matches have been played since Leicester’s 4-0 win over Aston Villa on March 9, with Liverpool just two wins away from securing the title.

Top-flight clubs voted unanimously on Wednesday to return to contact training and were meeting again on Thursday to discuss issues such as the restart date and the rebate to broadcasters.

The BBC reported that the first two matches would be Aston Villa v Sheffield United and Manchester City v Arsenal. Those matches are the two games in hand.


A full fixture list would then be played on the weekend of June 19-21.

So far, 12 people have tested positive for coronavirus after 2,752 tests across the Premier League.

Germany’s Bundesliga resumed earlier this month and La Liga in Spain hopes to return from June 11, while a crucial summit between Italian football officials and the country’s sports minister will be held later on Thursday.

Liverpool were 25 points clear of 2019 champions Manchester City when the Premier league was shut down, on the verge of being crowned English champions for the first time in 30 years.

Bournemouth, Aston Villa and Norwich City are in the relegation places.