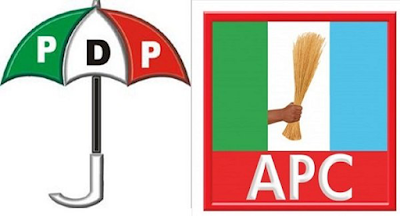 The Peoples Democratic Party (PDP) and the All Progressives Congress (APC) in Kwara State are trading blames over the distribution of palliatives, to cushion the effect of the state government stay-at-home directive.

PDP accused the state government of politicising the distribution of palliatives.

It expressed its trepidation about the alleged reports from civil society groups and Kwarans that food items and cash donations meant for the vulnerable were shared among the executives and members of the APC in parts of the state.


He said: “Our party is shocked by reports from the Civil Society Organisations (CSOs) and complaints by Kwarans that the distribution of palliatives in parts of the state was politicised and hijacked by APC members.

“It is sad and unfortunate that the state government will consider party affiliation in the distribution of palliatives – most of which were donated by corporate bodies and philanthropic individuals – to cushion the effects of the lockdown on the less privileged. This is height of insensitivity to the plight of the masses.

“The distribution of food items and donation of cash at this critical period should not have anything to do with party affiliation or sentiment.

The materials are meant for defenceless persons and not party members. The politicisation of the distribution has only shown that the Governor Abdulrahman Abdulrazaq administration cares less about the welfare of vulnerable Kwarans, whose livelihoods have been grounded by the lockdown.

“We implore the Abdulrazaq-led APC government to admit its partisanship, failure and irresponsibility in the distribution of the palliatives and should ensure that going forward, the materials and cash donations get to the poor, whose daily survival has been threatened.”

But APC described the allegation as scurrilous, sensational and scathing.

Its spokesman Tajudeen Aro said in a statement that the PDP employed socio-political tactics to disparage the APC-led government.

He said: “It should be stated for the records that the reason for the appointment of non-partisan and reputable figures as members of committee on palliatives, headed by the Emir of Shonga, Dr. Haliru Yahaya, was to have a non-partisan approach to the relief material distribution.

“The committee facilitated a transparent distribution measure, which encouraged non-governmental organisations (NGOs), to monitor the distribution of the palliatives.

“It is equally worrisome that political actors are playing politics with the situation by painting the Kwara initiatives in different colours. It is in the same light that we view the attempt to discredit the governor before the public for an honest and sincere action to target the poor, who are the worst hit by the government’s directive to stay at home, as part of measures to curb the spread of the deadly Coronavirus disease.

“It is PDP that is playing politics with this COVID-19 pandemic. History is being made now. How will the leaders want to be remembered for the roles they have played?

“It will be uncharitable for any patriotic leader in Kwara State to ignore the need for collaboration with the state government for the full restoration of this Coronavirus crisis.”

Three thousand one hundred and ninety-five youths in Kwara State have enrolled for the first phase of the state government’s virtual digital training class.

The training began last Thursday and the number has exceeded the initial 2,000 intended figure with 1,195 more than when the exercise was announced.

The 3,195, who responded to the pre-training survey, were shortlisted from a total of 6,766, who originally applied for the virtual training.

“It beats our imagination why the distinguished and prominent politicians cannot team up with the Kwara State Government to face this common enemy.

“It is not enough to state that they had distributed palliatives to their supporters. The fight against this virus, which is a global pandemic, should not be politicised.

“COVID-19 knows no political party or history. What should bother Kwarans is how to join the government in the fight to flatten the curve and prevent the state and Nigeria as a whole from the spread map of the COVID-19 global pandemic.

“We pray we are not forced to travel down a painful path because of politics. This is a time for aggressive response. To what extent do the past political leaders consider the state’s interest above their personal pride? A glance around the state during this challenging period reveals self-centred politicians, who care little or nothing about the parlous situation or that of the hapless citizenry.”