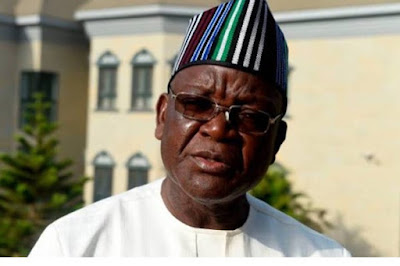 Governor  Samuel Ortom of Benue State on Monday announced the suspension of five traditional leaders over their alleged complicity in constant land disputes in their domains.

He disclosed this while briefing journalists after a stakeholders’ meeting held at the Government House, Makurdi.

The governor suspended the District Head of Uvir Council Ward of Guma Local Government Area, James Abu, who was among those handed over to the Police for investigation.


Ortom also directed the immediate revival of monthly security meetings at the Local Government Area level to support the Police and other security operatives with timely and useful information in forestalling the breakdown of law and order in the state.