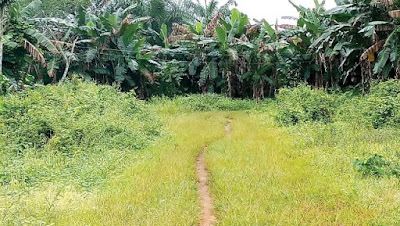 The police in Auchi, Etsako West local government area has apprehended a young man in his 30s named Endurance Eshegbai over the killing of his cousin, Usman Abdul Lateef, a native of Akpekpe, over a N2 million Land sale.

The body of the late Lateef was found buried in a bush along Auchi- Igarra road by his cousin.

It was gathered that the deceased was said to have left home last Wednesday with Eshegbai popularly called Koma to a second-generation bank for a transaction but never returned.

Eshegbai was said to have been initially arrested by the police for an investigation being the last person Lateef interacted with on the day he went missing but was later released after questioning.

It was gathered that the Azomode Age Grade members were also involved in the search for the missing Lateef and while the investigation by the Police of the Auchi Divisional Headquarters was ongoing, the family of the deceased was said to have contacted the Auchi branch of the bank and notified his account manager about the development, which led the bank placing his account on alert.


It was further gathered that the bank noticed activity in the deceased account as an attempt was made on Tuesday (May 19th) to make withdrawals and promptly notified the family while the transaction was ongoing at Auchi and in the process, Koma was arrested.

Koma, as gathered, reportedly confessed to having killed his cousin over a N2 million Land deal.

The body has been recovered by a joint effort of the Police and Auchi Vigilante Squad and buried at Tuesday night according to Islamic rites while further enquiry on the matter continues.