Messi tips Chelsea‘s Mount as ‘one of the best’ 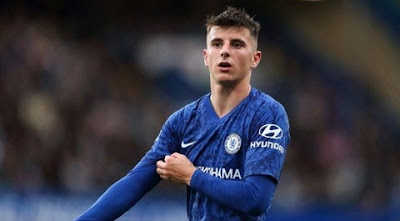 Barcelona superstar Lionel Messi has tipped Chelsea midfielder Mason Mount to become “one of the best” footballers in the world.

Mount, who was playing on loan at Derby County last season under current boss Frank Lampard, has been brilliant in his debut Premier League season at Chelsea.

The 21-year-old has contributed six goals and four assists in the Premier League this season, earning him his first six caps for England.

Messi, who has won heaps of trophies and individual honours in his career at Barcelona, has tipped Mount to become one of the best players in world football.


Speaking about Mount, Messi said (via the Daily Mirror): “Having watched him play he has the potential to be one of the best.”

“I like the look of Mason Mount,” Cahill told Sky Sports. “I think he’s a top goalscorer and he’s got a massive career ahead of him.

“One of the reasons why I like him a lot is because of his coach [Frank Lampard] and the way that he’s trying to mould a player similar to himself.

“He can lead him and show him the right ways.

“You can see that starting to come to fruition with his football this season. I’m a big fan.”