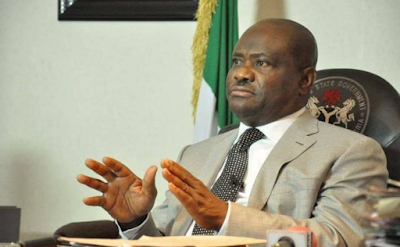 According to a statement released on Sunday evening by the Commissioner for Information and Communications, Paulinus Nsirim, the Manager of Prodest Hotel demolished some two weeks ago by Governor Nyesom Wike was among the new cases.

The embattled manager, identified as Bariledum Azoroh after the demolition was detained, tried and convicted at a magistrate court in Port Harcourt while undergoing a 14-day isolation.

Meanwhile, the owner of the hotel, Gogorobari Needam had since cried out the ‘shredded’ way the trial was conducted. He also accused Gov Wike of hijacking the judicial system in the state.


According to the commissioner, the hotels were demolished because “the owners violated Executive Order 7 which banned the operation of hotels.

The COVID-19 Taskforce members from the Local Government who went to enforce the Executive Order were brutalized and dehumanised leading to the death of one of them.”