Lost mum, sister and son in a year — the tragic story of Baru, ex-NNPC GMD 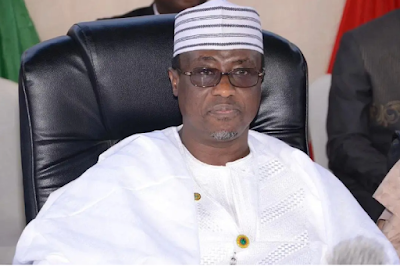 Mele Kyari, his successor, who broke the news on Twitter, did not state the cause of his death, though he was reported to have been sick.

His death is shocking, no doubt, but what is perhaps more tragic is that it is another tragedy in a string of tragedies in the Baru family.

Before he passed, the grim reaper had hit Baru’s family. He lost three immediate members of his family; his mother, sister and son —all in one year!


Mohammed, his son, died in May, 2017, while in Dubai. At the time, he was studying at the American University, Sharjah.

Baru lost him about two weeks after his sister died in the same month. The former NNPC GMD was preparing to depart Nigeria for the 2017 Offshore Technology Conference (OTC) in Texa, United States, when death struck his sister.

Also, he was at the time still mourning Fatima Baru, his mother, who died in her hometown in Misau local government area of Bauchi state.

His mother passed away after a brief illness at the age of 102, leaving behind five children and over 50 grandchildren.

At his valedictory session, he spoke of his high hopes for the NNPC and appreciated all those who supported him during his over 1,000 days in office.

While addressing guests at the event, Baru had told Kyari: “Every good parent wants to see his children be better than him; I can’t be better than you. The success of turning around the fortunes of NNPC is success for all of us.”

To the management team and staff of the NNPC, he had said: “Today is the perfect time for me to say goodbye and take my leave, as I watch and count the successes the corporation will be recording in years to come … long live NNPC, long live Federal Republic of Nigeria, bye bye for now.”

Baru took a bow from from life on May 29. And the curtain closed.