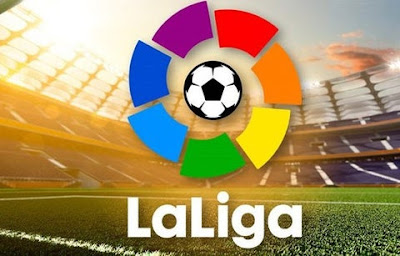 Spain’s LaLiga will restart with the derby between Sevilla and Real Betis on Thursday, June 11 with the season set to conclude over the weekend of July 18-19.

LaLiga officially confirmed their restart date with the first game coming six days before the resumption of the Premier League in England.

All matches will be played without spectators although fixtures are yet to be officially confirmed.

League president Javier Tebas has also announced that he wants next season to begin on September 12.

‘The important thing will be when the season finishes although we’ll only be able to congratulate ourselves when we start the following season,’ Tebas told Spanish newspaper Marca.

‘God willing that day will be September 12 and hopefully we’ll be able to say we have overcome this most difficult period but at least we will be better prepared.’

Football in Spain was suspended on March 12 because of the spread of COVID-19. Champions Barcelona lead LaLIga by two points from Real Madrid with 11 rounds of the season remaining.

Spanish clubs returned to training in groups of no more than 10 last week and this was increased to groups of 14 this week.

They will next progress to full squad training in the coming days before the matches resume on June 11.

The government gave permission for the LaLiga season to resume after June 8.

It is the latest major European league to confirm a restart date. Germany’s Bundesliga is already back underway, while England’s Premier League will resume on June 17 and Italy’s Serie A on June 20.