Is adultery a crime in Nigeria? 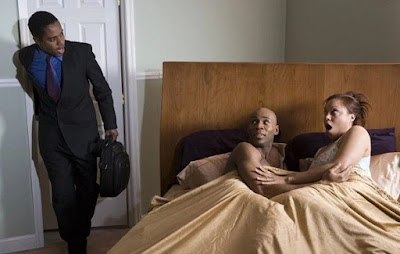 Is adultery a crime in Nigeria? With the rise in the number of  cases of violence due to adultery in recent times, one has to wonder.

According to Daily Star, a 36-year old man, Mumo, in the southern Kenyan county of Kitui tried to glue his wife’s vagina after finding text messages and nude photos on her phone.

In law, there are crimes we call crimes of passion. Cornell Law school defines it as a crime committed while in the throes of passion, with no opportunity to reflect on what is happening and what the person is about to do. An example given on the site is when a man finds his wife in bed with her lover, and out of rage, he kills the lover.

So, does a crime of passion excuse this man who tried to glue his wife’s vagina? Let’s see what the law in Nigeria says about adultery.

Should adultery be a crime in Nigeria?

To put it simply, adultery is when two persons, one of whom is married to a different person, have sexual intercourse. In Mumo’s case, he was angry and in shock to find out she was cheating on him after ten years of marriage.

However, outrage led to something else and he tied her up with the help of his neighbour and covered her vagina with superglue. Other neighbours soon came to her rescue while Mumo was arrested and charged with domestic violence and assault.

Due to the damages, she had to undergo surgery at the hospital. The Gazelle News reported that she was in severe pain before the operation and was unable to use the toilet.

While Mumo is facing charges for damaging his wife’s reproductive system, his wife will face charges of adultery. Her husband’s lawyer is asking the court to sentence the woman to 100 lashes if she’s found guilty of adultery.

What does the law in Nigeria say about adultery?

In Nigeria, marriage is recognised and respected by the law. Which is why it steps in when one of the party’s rights is violated. The Marriage Act gives the party in question the power to ask a court for a divorce and claim damages. However, the law only considers adultery a criminal offence in Northern Nigeria where the Penal Code applies. However, some states adopted Sharia law.

In these states, adultery is punishable with 2 years imprisonment and/or with an option of fine. While in the Southern and Eastern part of Nigeria where the Criminal Code Act applies, adultery is not a criminal offence.

The law sees adultery as a matrimonial wrong which can entitle a person to divorce if they find that they can’t live with the party who committed the adultery. Although the law requires that the accusation of adultery not be based on suspicion, emotion or speculation.

Also, the third-party with whom the adultery was committed must be included in the petition for divorce. This will enable the party that’s asking the court for divorce to be able to claim damages against the third party.

The pain of your spouse breaking your marriage vows is not measurable. However, we do not support violence in any form. We believe there are many ways to reach a resolution. Going for marriage counselling can heal your marriage. Also, if you both do not see any chances of reconciliation, taking it to court is the next best option.