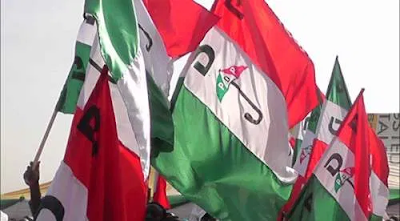 The Publicity Secretary of the Peoples Democratic Party in Imo State, Damian Opara, has resigned from the party.

Opara resigned on Thursday in a letter he addressed to the state chairman of the party.

The politician who thanked the party leadership for the opportunity to serve as its spokesperson for four years did not disclose the reason for his resignation.


“I thank the party for the opportunity given to me to serve as the Imo state chapter publicity Secretary.”

While he didn’t disclose his next political move, his allies said that he had joined the All Progressives Congress.

One of the aides of the state governor, Modestus Nwamkpa, said that Opara, has joined APC.

He said, “The State Publicity Secretary of the PDP, Hon Damian Opara, has resigned. He is now a son of the APC.”

Opara’s resignation came a few months after the PDP Chairman in the state, Charles Ezekwem, resigned.