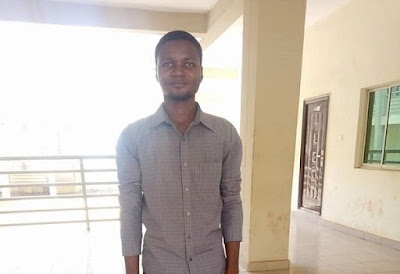 Adeyemi Oluwatosin, a student of the Olabisi Onabanjo University (OOU) in Ogun, has lamented his ordeal with the authorities of the school after his graduation was delayed over a “draconic policy” that forbade waving of courses.

In a series of posts made on his Facebook account, the 400 level student recounted how his academic journey, which had been “going smoothly,” experienced a sudden shakeup during his fourth year, when he learned he had failed a one-unit course which he couldn’t wave after the policy came up.

“I failed a course codenamed CRP 404 (Agricultural meteorology). It came as a surprise to me, considering my record of keeping a clean sheet. Things got complicated when the management made a draconic policy of ‘no waving of course’, even if it’s a one-unit course,” Adeyemi said.

“Based on this policy, I wrote letters on the 7th of November, 2018 to the school management to apply for pro-rata payment of school fees and request to register for the CRP 404 outstanding course, as the new school protocol implied. These were approved on March 19 and 21 respectively.”

Oluwatosin said he was made to pay the sum of N54,078 stated on his student portal as a part of the tuition for students with an added year but would later discover — when he was to register for the course three days after — that N7,686.00 had been added to his bill, which came as a shock to him.

“As I attempted to pay the additional school fees, I realized the portal for the payment of school fees had been closed. Even after the second payment, the money didn’t still reflect on my portal till the day I retook the exam for the course. I discovered that the fees reflected after my examination,” he said.

“I was expecting my result when other students started seeing theirs and this was giving me a lot of concern. I then made a verbal complaint to my HOD, with whom we went to go and see the ICT director. The ICT director then said what shook me; he said I didn’t enroll for the session.


“I staged a lone protest to draw the attention of the management to my plight. In the light of this, I was advised to apply for late enrolment which I did on the 16th of October, 2019, but it wasn’t approved. I was told to retake the course at the next available opportunity, even when I passed it.

“This dejected me, I was physically and psychologically down and depressed. I was faced with psychological trauma, not because I was advised to retake the course but because of the thought of what I passed through during the registration process. It’s better imagined than experienced.

“The thought of this made me cry because I had been transiting between Ago-Iwoye (main campus) and Ayetoro (Agric. Sci. campus) throughout the session just to make sure the issue was rectified. If I was not at Ayetoro to attend the class, I would be at Ago-Iwoye to monitor the issue’s progress.

“During this period, I fell sick more than four times, because of the physical and mental stress I was subjected to, as a result of the dysfunctional system. The thought of committing suicide was not far from my mind, if not because of the people that God used for me.”

Having yielded to the advice that he retakes the course a second time on the premise that his 2018/2019  tuition would be rolled over for the 2019/2020 session, Adeyemi claimed the school management hasn’t been forthcoming with regard to providing him a document to back this.

“I had, once again, accepted to retake the course because of their promise of using the 2018/2019 session school fees for the 2019/2020 session. I wrote a letter requesting to be provided a written document to back it up and also to effect the change on my portal,” the aggrieved student said.

“But it is unfortunate that, since I have written the letter on the 19th of November, 2019, nothing has been done about it. I’m back to square one. The situation is not in any way different from that of the last session. Right now, my future is at risk. My life is being jeopardized because of this.”

“If this is delayed further, I’m afraid my hope of mobilization for the National Youth Service Corps (NYSC) may be at risk due to me being 29. All my colleagues are done with service and here I am, with a 2 unit course still battling my future. Right now, I don’t know if there is any hope for me.

“Due to this dysfunctional system, I lost lots of opportunities such as getting a job. The school made a stringent policy against any negligence on the part of the students and the student actually suffered for it but who would suffer for faulty system of the school? It’s still the students!

“I’m appealing to the management to either upload my CRP 404 result, which I’m sure I passed or make good their promise by effecting my school fees and course registration on my portal so I can focus on retaking the course. I can’t afford not graduating this year. My life depends on this.”