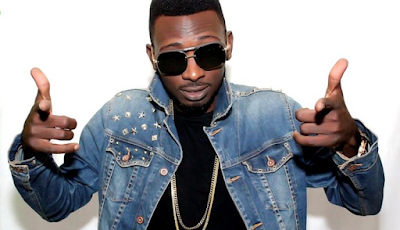 Afro-pop singer, Akinmayokun Awodumila a.k.a May D has stated that he stayed in a boys’ quarters apartment belonging to brothers, Peter and Paul Okoye of the defunct R&B group, P-Square, while he was signed to their record label, Square Records.

The crooner made this known on Sunday while reacting to revelations  made by  Cynthia Morgan, who alleged that she had been forced to stop using her stage name and lost access to her social media accounts after the expiration of her contract with the label.

“When I speak , people think I’m ungrateful, but the truth will always come out one way or the other last last cuz I’m a covenant child!,” he tweeted.

Another user with username @okikiolaoluwaa, then implied that he had in fact, fallen out with the label because he was greedy.

She wrote, “Alaye they said your own na greed.”

The ‘Gat me high’ singer then replied in a series of tweets, that contrary to her view, he had actually never billed P-Square for his work

He wrote, “How can you say greed when I never billed them for anything I have ever done for them in my life! From writing credit and vocal credit on the invasion album … ask them if I was ever greedy! Just let them say it!”

May D  then said  he was made to live in the brothers’ boys’ quarters where he shared a room with their driver and cook.

“For your information I was staying in their boys squatters with their driver and their cook just one room all of us shared a toilet and I had big songs and also the other side of their twin duplex was empty! Now! I slept on brand new television carton used my shirt as cover cloth,” he tweeted.