I had nothing when my father died- Kunle Afolayan 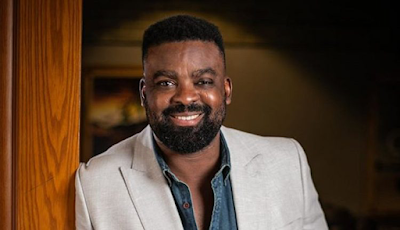 Award-winning actor and filmmaker, Kunle Afolayan has averred that he had nothing when his father, Adeyemi Afolayan passed on.

Adeyemi Afolayan a.k.a Ade Love was a Nigerian actor, director and producer.. He is the brother of actress Toyin Afolayan.

In a recent chat with Nigerian rapper, Bouqui during her Instagram live session, Afolayan  revealed that things were rough when his father died.

“I had nothing when my father died I was about completing my University education at that time. I have lived in the worst accommodations you can ever imagine. My father married beautiful women who had beautiful children. Our mothers were struggling, yes they were part of the film business, but my father was the one enjoying the money”.

Speaking further, the ‘Mokalik’ film producer said despite working in the banking sector, he knew banking wasn’t his destiny.

“I started really rough but I knew what I wanted to do.I finished school and ended up working in the bank. I knew that wasn’t meant for me but I stayed there for seven years and learnt a lot in administrative works, in corporate communications. In 2004 I said to myself, yes they are paying me, but this is not what I want to do.I didn’t have savings when I was leaving the banking sector. A lot of bankers don’t have savings because  while you are in the bank, they will throw a lot of things at you and you will take loans to buy these things.