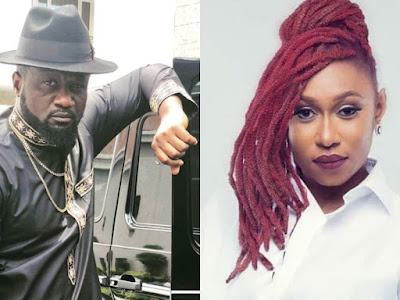 Nigerian dancehall Singer, Cynthia Morgan has reacted to the backlash by Nigerians over her revelations about Jude Okoye and her former management.

Morgan had accused Okoye of maltreating her while under his label, and for also taking over her Vevo accounts.

But, Okoye, responding, said he never stopped Morgan from using her name but only took over her Vevo account because she owed him N40million.

He went ahead to release the contract he signed with, which has led to a backlash from Nigerians.

Some Nigerians took to their Twitter page accusing Morgan of being a ‘Clout chaser’.

However, Morgan in an Instagram session on Tuesday night, said she did not reveal her past to gain sympathy.

According to her, she would have made her revelation years ago if that was her intention.

“I did not talk about Jude Okoye and my past because I want sympathy from Nigerians.

“People saying I came out because of sympathy are wrong, this thing happened four years ago. If I wanted sympathy I would have changed my name back then and come out crying,” she said.

“The agreement with Okoye was like a loan, If he invested N50m in me, I was to pay back that N50m before we started sharing 50/50 formula from the music or video,” she added.

Morgan added that she can make peace with Okoye but will never do that with her former manager, Joy Thongo.

According to her, “I can meet up with Okoye and settle the differences but never with Joy Thongo. Joy has no right to say all she said because she used me and I feel she also used Jude.

“I can make peace with him but no Thongo. The important thing now is to move on and make music.”