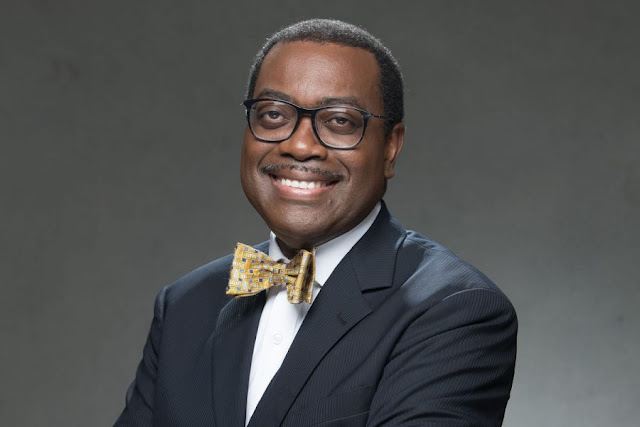 President of African Development Bank, Dr Akinwumi Adesina, has denied an allegation of corruption against him.

In a statement he personally signed and issued on Wednesday, Adesina said the allegation was to tarnish his reputation.


It can be recalled that the United States Department of Treasury had demanded an independent probe of allegations levelled against Adesina on corruption despite being cleared by the bank’s ethics committee.

Some whistleblowers in the bank had alleged embezzlement and favouritism under Adesina, who is bidding for a second five-year term as the AfDB boss.

But Adesina, who is the first Nigerian to be in charge of the AfDB, insisted that he did not violate the Code of Ethics of the bank.

He said, “In recent weeks and over the last few days especially, I have been overwhelmed by the tremendous support received from around the world. I have absolute confidence in the integrity of the Bank that I lead and its governance systems, rules and procedures.

“In spite of unprecedented attempts by some to tarnish my reputation and prejudice the Bank’s governance procedures, I maintain my innocence with regard to trumped up allegations that unjustly seek to impugn my honor and integrity, as well as the reputation of the African Development Bank.

“I sincerely appreciate the support of the Bank’s shareholders.

“At this time, I remain confident that ultimately and as one collective, the Bank will emerge stronger than before and continue to support Africa’s development drive. I draw great inspiration from my heroes, Nelson Mandela and Kofi Annan, whose lives have shown that through pain we grow. As Martin Luther King Jnr. once said, “the arc of the moral universe is long, but it bends towards justice.”

“I am confident that fair, transparent, and just processes that respect the rules, procedures and governance systems of the Bank, and the rule of law, will ultimately prove that I have not violated the Code of Ethics of this extraordinary institution.”