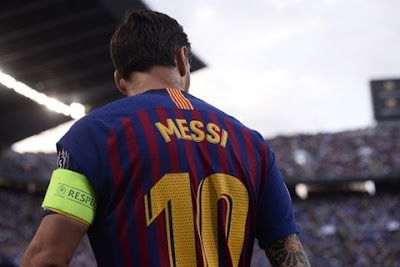 Lionel Messi has revealed how he ‘wanted to leave’ Barcelona in 2016 due to the scrutiny on him amid a tax row with the Spanish government.

Messi is the finest player in LaLiga and league chief Javier Tebas has previously admitted he was left ‘scared’ at the idea the Argentine could leave.

Speaking to radio station RAC1, Messi explained how along with his father Jorge he felt he was being ‘mistreated’.

The pair were found guilty of tax fraud and handed a 21-month suspended prison sentence.

“I felt that I was being very mistreated and I didn’t want to stay here. I never had an official offer because everyone knew my idea to stay here.

“It was very difficult for me and my family because people don’t know much about what’s going on.

The truth is that it was hard for everything that happened but it is better that my children were small and did not know. It was very difficult for me and my family because people don’t know much about what’s going on.”

The case found that Messi, along with Jorge, was guilty of defrauding the Spanish government of €4.1m between 2007 and 2009.

A ruling found them guilty of using tax havens in Belize and Uruguay to conceal earnings from image rights, leading Messi to contemplate his footballing future in the country.

Messi subsequently appealed the verdict in 2017 and it was rejected by Spain’s Supreme Court – instead, it was changed to a £223,000 fine. Jorge’s sentence was also reduced from a 15-month sentence to a €180,000 fine.