How UNIJOS student was ‘killed by soldier’ 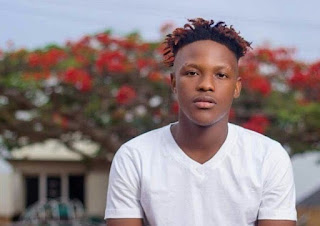 Rinji Peter Bala, a 300-level student of the University of Jos (UNIJOS) in Plateau, was allegedly shot dead on Tuesday by a soldier attached to the special task force (STF), Operation Safe Haven (OPSH), in the state, for “violating government’s lockdown order.”

He also referred our reporter to the state’s STF spokesman for further details.

“He was arrested by the Special Task Force (STF). That’s all we know about the case. If you want to get further clarification, contact the STF spokesman. Meanwhile, on our own part, we are doing an underground investigation into the matter,” he said.

However, efforts to reach the STF spokesman on phone proved abortive as of the time this report was filed.

But when contacted, Liberty Wilson, the secretary-general of the institution’s students union government (SUG), said Bala was shot dead by the soldier for flouting the government’s lockdown order.

He also contradicted the police spokesman’s account that the deceased student was arrested by the STF before being allegedly killed.

“Yes, he’s our student. He is a student of the faculty of arts. He was shot by a military personnel for violating the lockdown order imposed by the state government. So far, that is the information available to us,” he said.

“There was nothing like arrest in this case. He was simply shot dead by a soldier this morning.”

The SUG secretary-general also called on the state government to ensure justice is done, adding that this is the second time such would happen to students of the institution.

“And the truth is, we are conversant with the executive order of the state government guiding lockdown in the state. There is no clause in the law that if anyone violates lockdown, he should be killed.

“At the SUG level, we would try our best. We are calling on the government to bring the soldiers to book as soon as possible because we are tired of all this.

“The other time it happened, that was how the issue died down. But to be frank, this one is not going to die down like the other. We are calling on the government to do the needful as fast as they can.”

Bala, better known by friends as Bobo, was — until his death — a student of history and international studies at UNIJOS.