Herdsmen Attacks: Our kingdoms are under siege, Delta monarchs cry out 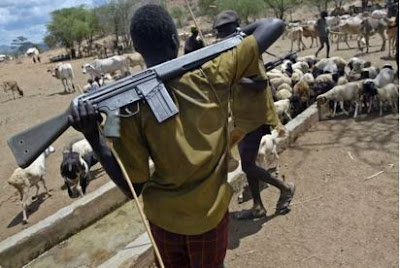 Delta State Council of Traditional Rulers, yesterday, lamented that their kingdoms were under siege by criminal elements suspected to be armed herdsmen, who have established camps in far away bushes from where they launch attacks on their subjects.

They also applauded the state government for its decision to establish an independent security outfit to be known as ‘Operation Delta Hawk’ to tackle rising security challenges, saying they were in full support of the joint security taskforce.

The state government had on Tuesday announced its decision  to set up the security outfit to complement effort of conventional security agencies in the state in the task of effective policing of the state.


“We have these invaders in our bushes. They set up camps, rape our women, destroy crops in our farm lands, kidnap our people, kill security agents and royal fathers. So everybody should be involved in ensuring security.

“That is why we are calling that those who set up camps in the bushes of Delta State, they don’t live with us in the town, they are not registered voters, they don’t partake in community development, they settle in the bushes knowing that the communities don’t have guns to confront them, it means that all persons in the society must join hands to ensure that they leave.

“These herders carry out these evil acts uncontrolled. We are calling for a concerted effort that will rid the state of these criminal elements and the traditional rulers are ready to give our 100percent support to the initiative by the governor to set up an independent security outfit which is long overdue.”

Efeizomor, who spoke alongside the Obi of Onicha-Ugbo, Obi of Issele-Uku, Obi of Atuma, Obi of Idumuje-Unor, Obi of Umunede, and Obi of Akumazi, enjoined the police to redouble their crime fighting efforts, especially with respect to the havoc being wrecked on Deltans by suspected herdsmen.

The move is an attempt  by the council, a hotbed of attacks and abduction of residents in recent times by suspected herdsmen, to destroy criminal hideouts in the bushes.

Louis in the executive order, Wednesday,  addressed to all Seriki and Igbo camp leaders in the affected communities, said,  “Be informed that due to the security challenges we recently face as a council and the need to rid our area of all secret hideouts where criminals use as safe havens, we herewith communicate that you vacate, advise others considered your wards within our council  to move out and take up rents with our people, live with our people, or build permanent structure that shall be registered and owned by you, your proxies or wards like every other Nigerian, who live and do business in our council.’’