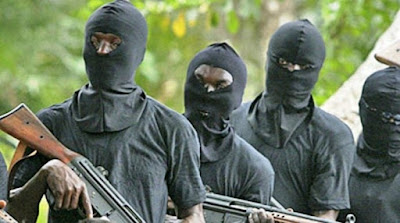 At least four persons have been killed in an ambush by gunmen in Bassa Local Government Area of Plateau State.

It was learnt that the ambush occurred in the Adu Community, Kwall District of the LGA on Sunday night.

A resident and former spokesman for the Miango Youth Development Association in the Council Area, Lawrence Zongo, confirmed the killings to our correspondent in Jos on Monday.

He said the latest attacks on the community underscored the growing insecurity in the area, which has witnessed series of attacks by gunmen in the past weeks, with no fewer than 15 persons killed and property worth millions of naira destroyed.


Zongo said, “Our people have been attacked again. This time, it happened in Adu village, along Kwall Road. The people were moving on the road when they suddenly came under attack by gunmen who intercepted them. Four persons were killed during the latest incident around 9pm on Sunday. It is a terrible situation that the people have found themselves.”

The Plateau State Police Command was yet to react to the incident but the state Coordinator, Neighbourhood Watch, Ola Azeez, who also confirmed the attack, said his men had been deployed to the area to ascertain the situation.

“Somebody called me this morning to inform me about the attack in Bassa community. So, I have directed the Commander in the Council to move to the affected community and find out what really happened. I will get back to you when our investigation on the matter is concluded,” he said.