GUBER POLL: Ondo deputy gov asks PDP aspirants to step down for him 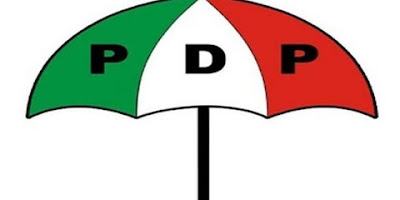 The embattled deputy governor of Ondo State, Mr. Agboola Ajayi, has reportedly met with the governorship aspirants of the Peoples Democratic Party, PDP, from the Southern Senatorial districts urging them to step down for him as the sole candidate of the party from the zone.

But in a swift reaction, the deputy governor denied making such demands.

This came as the PDP said it would welcome Ajayi whenever he is ready to defect to the party.

Three of the seven aspirants from the zone, who spoke in confidence, said that the incumbent deputy governor had met with them on his defection and pleaded that “we allow him to pick the governorship ticket.”


One of the aspirants said: “His message was that we should step down for him to pick the ticket of the party in the zone.

“He told me that he has the joker that could win the October 10 governorship election in the state if given the party’s ticket.

“But I sincerely advised him to vie for the senate seat and that if he insists on the governorship ticket; he should be ready to test his popularity in the July party primary.

“He cannot come on the eve of the primary election to hijack the ticket. It is never done. What would be our lot after spending millions of naira to oil our individual ambitions?”

When contacted, the Deputy Chief Press Secretary to the Deputy Governor, Mr. Babatope Okeowo, denied that his principal had met with the PDP governorship aspirants not to talk of asking any of them to step down for him.

Okeowo said: “It is all politics. How many of them would he ask to step down for him? They should stop using the name of the deputy governor to score cheap political points. He has not told anybody he wants to contest.

“He is not interested in the position and they should stop using him as a pawn. Whoever wants to contest should go ahead and obtain the form and stop dragging the name of the deputy governor into this.

“How will he tell those aspirants, who have seen themselves as the next governor, to step down for him?

“If they want to campaign, they should go ahead and campaign and stop using his name as a campaign tool.”

Reacting to the possibile defection of the deputy governor,  the PDP Director of Media and Publicity, Zadok Akintoye,  said the doors of the party would not be shut against him or anyone who feels like defecting to the PDP.

Akintoye, in a statement, said: “The party acknowledges the right of Mr. Agboola Ajayi and of all members of the public wishing to join our fold and would accord all intending members and aspirants a warm reception as we work together to liberate our dear state from the maladministration of the APC government.

“Please note that the PDP remains absolutely committed to the principles and ethos of democracy and all intending members are expected to fully register at their ward and also participate in all party activities.

“We would like to assure all our aspirants and their supporters that the party does not have a preferred candidate and will ensure level playing field to all aspirants or intending aspirants.”

Meanwhile, a governorship aspirant, Mr. Isaac Kekemeke, yesterday, vowed not to step down for any other aspirant.

Speaking with newsmen in Akure, Kekemeke said: “As a serious-minded person, I do not change my mind once I set my mind to achieving a goal.”

The former state chairman of the All Progressives Congress, APC, said: “I am not one of those serial contestants planning to step down on understanding that power would shift to Ondo south in 2024.”

“It is a disservice to the state for aspirants to insist that their only qualification for the leadership of the state was where they come from at a particular time.”

“Ondo State deserves the best to lead them at this unusual time. No group of persons has determined, through zoning, who becomes governor.”

“I want that job so that we can create an environment for the citizens to thrive. We want to use ICT to maximally impact government resources on human capital development and natural endowment to create wealth.”