Greatest Nigerians to play in the Premier League 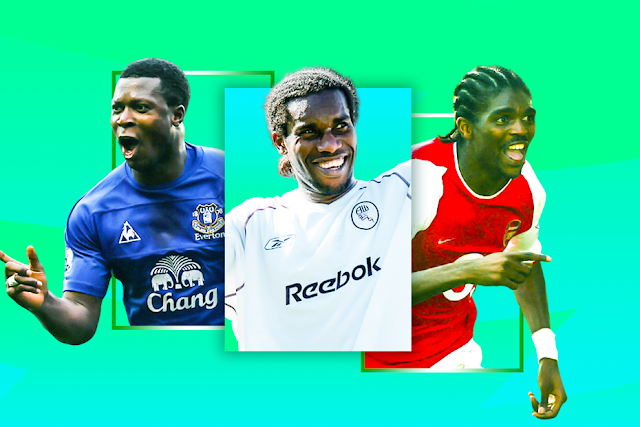 Nigeria has an illustrious sporting history and one of the most popular sports arenas they compete in is, of course, football. The national team, colloquially known as the Super Eagles, made an impression with their eye-catching 2018 world cup jersey that sold out in just three minutes.

But it’s not just their kit that attracts praise, the team members are renowned footballers on the pitch as well, regularly qualifying for and performing well in international tournaments.

Perhaps the greatest achievement for any Nigerian football after playing for the national team is a transfer to a top team in one of the top leagues in Europe. Of all the leagues the English Premier League (EPL) is often cited as the most competitive, attracting the best talent and winning fans around the world. It’s been estimated that around €1billion is wagered per game. It’s said that anyone can beat anyone, making predicting winners difficult, so mobile casinos might be a better option, although a wager certainly adds to the entertainment value! A fair few Nigerians have made it to the EPL, becoming fan favourites in the process, and we’ll explore a few of them here.

When it comes to fan favourites there may be none more adored than the man who’s ‘so good that they named him twice’. He played for Bolton but such was his talent that his reputation transcends fan loyalty and he’s still well-liked by fans across the footballing world. A midfielder, Jay-Jay delighted supporters with his box of tricks and natural flair, and there was always an air of anticipation whenever he had the ball at his dancing feet. Perhaps his greatest achievement was winning the League Cup with Bolton in 1994.

Some accolade Kanu as Nigeria’s greatest ever footballer and it’s easy to see why. Following success at Dutch giants Ajax—where he won the coveted Champions League—and Italian giants Inter Milan, he moved to Arsene Wenger’s pioneering Invincibles team with the likes of Thierry Henry and fellow Africans Kolo Toure and Lauren. Twice African player of the year, he retired in 2010 but showed he’s still got in 2016 when he scored a hat-trick in a legends game against AC Milan.

Known to his fans by his first name, Yakubu was an imposing striker and the most prolific Nigerian goalscorer in the EPL, netting 95 top-flight goals for five different teams. As well as being a renowned poacher and cool finisher, Yakubu could use his strength and stature to hold up the ball and help out defensively as well. He also had a great hit rate at the international level scoring 21 goals in 57 international appearances.

Last on our list is the effervescent Alex Iwobi. Fun fact— Iwobi is actually the nephew of Jay-Jay Okocha, so there’s some football pedigree there already! Iwobi is a product of Arsenal’s famous Hale End academy and, like Kanu, played under Arsene Wenger, winning an FA Cup and reaching the Europa League final. Still relatively young at 24, he’s renowned for his tireless work rate, intelligence, and tricky, feet so he has a bright future ahead of him at new club Everton as well as with the Super Eagles.