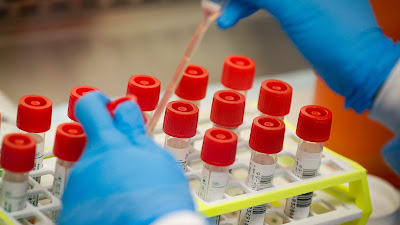 The Federal Ministry of Health is screening 19 local firms for the production of herbal drugs that can possibly treat or cure COVID-19.


The firms, it was learnt, made many claims ranging from the outright cure for COVID-19 to the treatment of the symptoms.

It was learnt that the 19 firms had met with the leadership of the ministry and the Department of Complementary and Alternative Medicine.

The firms have, however, been asked to submit their samples to the National Agency for Food and Drug Administration and Control out of which three would be picked and recommended for funding.

The Minister of State for Health, Senator Olorunnimbe Mamora, confirmed this during a chat with newsmen.

He said a meeting was held with the leadership of NAFDAC, the National Institute for Medical Research, the Pharmaceutical Society of Nigeria and other relevant stakeholders.

Mamora said the ministry asked interested herbal manufacturers to tell the government what their challenges were.

The minister said some of them complained about funding as well as possible theft of their patent. Mamora said concerns over how to identify patients for trial were also discussed.

He said, “We met with about 19 of them to know what remedies they have in place and to know how we can put them through the processes from listing the medicine to clinical trial and then we wanted to know the challenges they were having.

“They said those challenges essentially were funding and they needed assurances that their intellectual property would be protected and their product or remedy would not be stolen or repackaged by someone else.

“The other challenge is how to go about the clinical trial. Part of that is how they source for patients because they will need patients who are volunteers. These patients have to be volunteers since it is a new product that will be put out there.

“So, we are now in the process of screening the 19 of them and we will shortlist some of them. About three will be shortlisted for further assessment and we will recommend support for them in order to fast track the process of determining their efficacy.”

When asked if the drugs were for the outright cure of COVID-19 or just for the treatment, Mamora said it was too soon to say as discussions were still on.

He said NAFDAC would test the herbal solutions to see if they are safe for human consumption.

The World Health Organisation on Monday announced the suspension of clinical trials of hydroxychloroquine as a potential treatment for COVID-19.

The organisation’s Director-General, Tedros Ghebreyesus, disclosed this in his opening remarks at a virtual press conference.

Ghebreyesus attributed the suspension to a recent report on the effect of the drug on patients.

He said, “As part of our continued response to the pandemic globally, WHO continues to work aggressively on research and development.

“As you know, more than two months ago, we initiated the solidarity trial to evaluate the safety and efficacy of four drugs and drug combinations against COVID-19.

“Over 400 hospitals in 35 countries are actively recruiting patients and nearly 3,500 patients have been enrolled from 17 countries.

“On Friday, the Lancet published an observational study on hydroxycholoroquine and chloraquine and its effects on COVID-19 patients that have been hospitalised.

“The authors reported that among patients receiving the drug, when used alone or with a macrolide, they estimated a higher mortality rate.

“The Executive Group of the Solidarity Trial, representing 10 of the participating countries, met on Saturday and has agreed to review a comprehensive analysis and critical appraisal of all evidence available globally.

“The review will consider data collected so far in the solidarity trial and in particular robust randomised available data, to adequately evaluate the potential benefits and harms from this drug.

“The Executive Group has implemented a temporary pause of the hydroxychloroquine arm within the solidarity trial, while the safety data is reviewed by the Data Safety Monitoring Board. The other arms of the trial are continuing.”

The WHO chief stated the concern relating to the use of hydroxychloroquine and chloraquine in COVID-19, reiterating that the drugs were accepted as generally safe for use in patients with autoimmune diseases or malaria.

He promised that the organisation would provide further updates when there were more developments.

Ghebreyesus noted that the figures of confirmed cases and deaths as a result of the pandemic in Africa did not appear real.

He said, “So far, although around half of the countries in the region have community transmission, concentrated mainly in major cities, Africa is the least-affected region globally in terms of the number of cases and deaths reported to WHO.

“Testing capacity in Africa is still being ramped up and there is a likelihood that some cases may be missed.

“But even so, Africa appears to have so far been spared the scale of outbreaks we have seen in other regions.”

The WHO chief said the early set-up of a leaders coalition led by the African Union, under the chairmanship of President Ramaphosa of South Africa, was key to rapidly accelerating preparedness efforts and issuing comprehensive control measures.

He noted that countries across Africa had garnered a great deal of experience from tackling infectious diseases such as polio, measles, Ebola, yellow fever, influenza and many more.

He added, “Africa’s knowledge and experience of suppressing infectious diseases has been critical to rapidly scaling up an agile response to COVID-19.

“There has been solidarity across the continent. Labs in Senegal and South Africa were some of the first in the world to implement COVID-19 diagnostic testing.

“And beyond that, they worked together with Africa CDC and WHO to extend training for laboratory technicians for detection of COVID-19 and to build up the national capacity across the region.

“Furthermore, health clinicians, scientists, researchers and academics from across Africa are collectively contributing to the worldwide understanding of COVID-19 disease.

“For many years and from the outset of this pandemic, WHO has been working through our country offices to support nations in health emergency preparedness and developing comprehensive national action plans to prevent, detect and respond to the virus.”