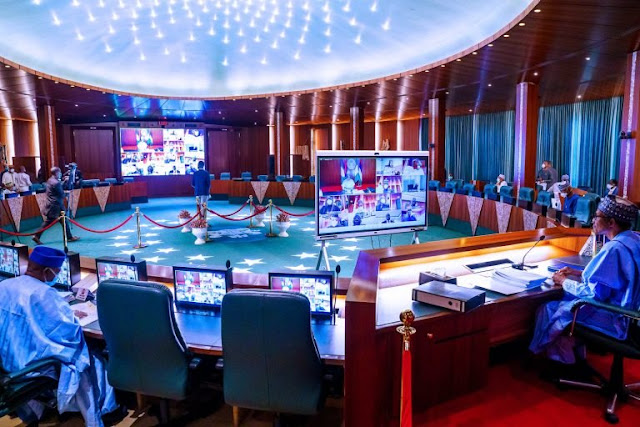 The Federal Executive Council (FEC) on a Wednesday approved a loan of 1.2 billion dollars to finance the mechanisation of agriculture in the country.

Mr. Sabo Nanono, the Minister of Agriculture and Rural Development, made this known on Wednesday while briefing State House correspondents after the virtual FEC meeting anchored from the Council Chamber of the Presidential Villa, Abuja.

The virtual meeting was presided over by President Muhammadu Buhari.

“Today, we presented a joint memo with the Federal Ministry of Finance in which we seek the approval for a loan facility of about 950 million Euros translated probably to 1.2 billion dollars.

“This loan is for the purpose of agricultural mechanisation in this country –that will cover about 632 local governments plus 140 processing plants.

“This is going to be a major revolution in the agriculture sector, that we have never seen before,’’ he said.

Also speaking, the Minister of Power, Malam Sale Mamman, said the ministry sought approval for the revised estimated total cost for the augmentation of the subsisting contract in the sum N47.2 million.

He mentioned that the contract was for the provision of additional critical power grid infrastructure for the full evacuation and utilisation of 40mw currently from Kashimbila via Takum-Wukari and Yendev.

“This is to evacuate completely 40 megawatts to the National Grid.

“If it is not evacuated, the Nigerian government will lose not less than 130 megawatts of power which is equivalent to almost nine million in a year,’’ he said.