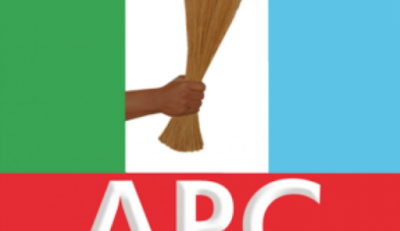 A governorship aspirant in the upcoming Edo gubernatorial elections announced on Tuesday that his faction of the APC had rolled out ground rules and processes to produce a consensus candidate to fly the party’s flag.

Retired Gen. Charles Airhiavbere, who made this known in Benin, said transparency would be the hallmark of the selection process of a candidate to be fielded by the APC in the governorship elections, slated for Sept. 19.

The APC is currently having two factions in Edo with the Airhiavbere faction, which calls itself the “progressive faction’’, having a crowded field of eight aspirants, one of whom dropped out of the race on May 25.

The other aspirants, including Airhiavbere are Dr Pius Odubu, the immediate past Deputy Governor of Edo, Mr Chris Ogiemwonyi, Mr Osagie Ize-Iyamu and Mr Saturday Uwelekhue.


Also in the race are Prof. Frederick Amadasu, Mr Ehiozuwa Agbonayima and Mr Solomon Edebiri, who has withdrawn.

Airhiavbere said that adopting transparency model would produce a consensus candidate that would be acceptable to everyone.

According to him, all the `progressive’ aspirants have agreed on a common ground to produce a consensus candidate and that a process for the candidate to emerge has been put in place.

The stalwart said that the acceptable candidate would be someone, who would have the endorsement of everyone across the length and breadth of the state.

He said that the process agreed to by the aspirants include, proper screening of aspirants, to avoid rancor as well as ensuring transparency to forestall litigations after the emergence of the candidate.

The APC chieftain said that the process would be articulated so well to ensure that the candidate became a winning material in the election.

According to him, weather the person joined yesterday or today is no issue as long as the person can agree to cooperate and join the progressives movement of the party.

“The leaders will decide,” he told NAN, stressing the need for every member of the APC to be patient until a consensus candidate emerges among the aspirants.

Airhiavbere, who contested the 2015 governorship primaries against incumbent Gov. Godwin Obaseki said, however, that any aspirant who would follow the footsteps of Obaseki would not be elected as a governorship candidate of the progressives.

He debunk media reports that the faction already had a consensus candidate, saying that only one aspirant had dropped out.

“I contested against Obaseki in 2016, so whoever is in our team today and wants others to step down for him should be able to convince others why and give them assurances that he will carry them along.

“This is because there already is a sitting governor, who we want to replace because we have seen that we cannot allow him to carry on for another four years.

“What we are doing is that we are contributing money to pay for a ticket for one person and so far so good we are carrying it out.

“One person cannot just assume to have the upper hand. For now, we are preparing for the screening process. We have not been screened. So who then will step down?”

Airhiavbere said that other progressives and himself were working on a process that would work for the Edo people.

“So we just must have a win-win situation by presenting a candidate that everybody will queue behind and respect.”

Analysts believe that the upcoming Edo governorship election would be characterized by rancour, bad blood and betrayals.