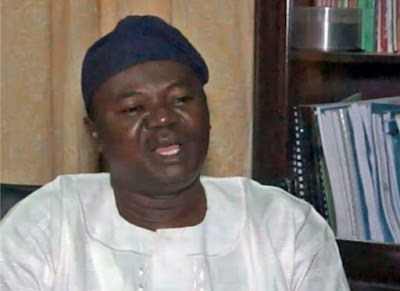 The Academic Staff Union of Universities (ASUU) has warned its members to neither submit lecture notes for e-learning nor attend virtual meetings.

On the heels of the COVID-19 outbreak in Nigeria, private varsities have sought out options for virtual learning while government-run institutions were directed to begin delivering lectures online.

However, due to the tussle between ASUU and federal government over the former’s rejection of the Integrated Payment and Personnel Information System (IPPIS), the union had embarked on a strike action amid the COVID-19 lockdown.

In a letter, ASUU’s national body stated that sanctions would be meted out to those who submit their lecture notes for e-learning or attend virtual meetings to that effect.


Describing the newfound scramble for e-learning as a “wild goose chase,” the union said universities are bereft of ICT infrastructure that would have prepared them for e-platforms due to poor funding.

“Some VCs have embarked on the wild goose chase of e-learning in universities bereft of befitting ICT infrastructures due to poor funding by the government. Do not submit your lecture notes, participate in virtual meetings, etc. Violators shall be sanctioned,” read the letter, dated May 21, and signed by Biodun Ogunyemi, ASUU’s president.

“Let’s remind our VC and governing councils that universities would have been better positioned for e-platforms if the government had acceded to releasing the N1 trillion balance of the revitalisation fund it promised way back in 2013.”

On the protracted tussle with FG, ASUU said some “agents of government” are bent on punishing its members with hunger due to the presidential directive to pay lecturers salaries amid the COVID-19 lockdown.

The union also directed that no state university branch should meet with visitors without its permission while chairpersons are urged not to reply invitations on meetings regarding ASUU matters without clearance.

“There is a deliberate attempt by government agents, using the media, to narrow down the demands of ASUU to salary payment and IPPIS.

“We have no apology for our principled rejection of IPPIS and associated directives, which undermine the overall health of the Nigerian university system and its global competitiveness.

“Mr. President’s directive that workers should not be denied their salaries with the COVID-19 lockdown did not go down well with some agents of the government who were hell-bent on punishing ASUU. They are determined to wear us out with starvation and sow the seed of dissatisfaction and disharmony among our rank and file.

“The national leadership of ASUU is seeking redress for the non-payment of the withheld February and March 2020 salaries as well as for the distortion of salaries where paid. We strongly believe that these anomalies would cease with the deployment of the University Transparency and Accountability Solution (UTAS) for better resource management in our universities.”

ASUU had proposed UTAS as an alternative to IPPIS. The union’s president had also stated that the implementation of its 2019 MOA remains the main issue it is fighting for.

In a chat with TheCable Lifestyle, Ogunyemi had explained why ASUU proceeded with the strike despite the ongoing coronavirus crisis, claiming that IPPIS is being used to distract the union from pre-existing issues.

“We have two emergencies at hand: the health emergency and the education emergency. Recall that in 2017, the minister of education championed the idea that the government should declare a state of emergency on the education sector,” he said.

“We have not seen that happening. When people ask us why ASUU is on strike during a health crisis, we say, well, there’s also an education crisis. The education crisis predated the health. We should not address one and leave the other.

“It was just July last year that FG started amplifying migrations to IPPIS, bringing it to the point of overshadowing out initial demands. IPPIS and withholding of salaries were not the principal issues that led to the ongoing strike action.”