Cynthia Morgan opens up on battle with depression, career decline 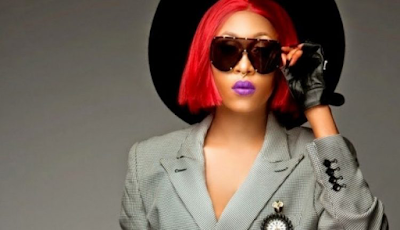 Versatile Nigerian singer, Cynthia Morgan has opened up on why her career has experienced a lull.

In a recent chat with media personality,  Sandra Ogbebor (MsVania7), she opened up on her battle with depression, declining music career, amongst other issues.

Morgan admitted not reading the contract terms. She also said her career slipped after she lost her stage name, Instagram account, royalty and VEVO account due to the contract she signed with Jude Okoye.

Amazingly, after the Instagram Live session, Nigerians on Twitter have started a campaign for her come back. As at the time of filing this report, she is trending on twitter.


In the same vein, Ogbebor has opened also a GoFundMe account  to resurrect  Morgan’s music career.

Reacting to Morgan’s revelation, Peter Okoye on his Twitter page reminded her of how she rejected the contract he gave her, after his brothers portrayed him as the evil one.

Peter, further revealed that he left P-square, cut off the relationship with his elder brother and twin brother 3 years ago because he wanted his freedom and not for fame or power as widely reported.

He, however advised Morgan not to relent, but to pursue her music career despite all odds.

His tweet reads: “My dear Cynthia Morgan, the decision I made three years ago was never about the fame, money or power! It was for my FREEDOM!

“Sad you rejected the contract I gave you because they made you see me like the bad egg. I pray you understand that God has a purpose for everything. Never give up.

He added that the truth will surely prevail while he made reference to those who called him out for leaving P-square group few years ago.

“Some people thought I was stupid when I made the right decision years ago. My dear C Morgan! it’s never too late to be what you might have been. God will surely see you through and carry you through the storm,” he said.

“The Truth shall prevail. Keep believing,” his tweet added.