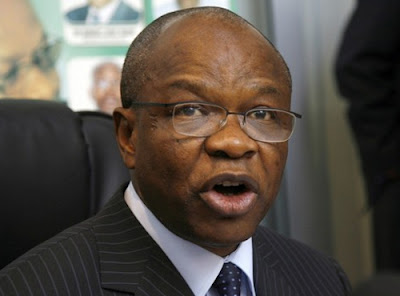 The Imo State chairman of Covid-19 taskforce, Prof. Maurice Iwu has said that the pandemic is being spread by people who probably do not know they are carriers of the virus.

The individuals whom he referred to as “silent spreaders”, “are moving freely with us and spreading the virus undetected.”

Iwu made this revelation while fielding questions with newsmen on Tuesday in Owerri, the Imo State capital.

He regretted that the directives so far given by the government to prevent the virus were not being taken seriously by the people.

“It will be wrong to say that coronavirus has been contained. Our people are no longer obeying government’s directives because they think that the tension has reduced. Let us not be complacent about the tendency of this virus. It takes people unawares.

“There are people who may be carrying the virus but have no knowledge of it. They are silent spreaders and are freely distributing the virus,” he said.

He urged the government to intensify efforts, especially at various borders of the State to prevent the silent spreaders from entering the State.

On the news making the rounds that Imo state had recorded 26 cases of late, he admitted that three Hummer buses carrying over 90 passengers enroute from Lagos were intercepted at a border in the State and 26 tested positive.

According to him, one person out of the 26 is from Imo state and has been sent to an Isolation Centre in the State, while the rest 25 were stopped from entering the State.