COVID-19: I can’t forgive those who ruined my reputation, says Kano ‘index case’ 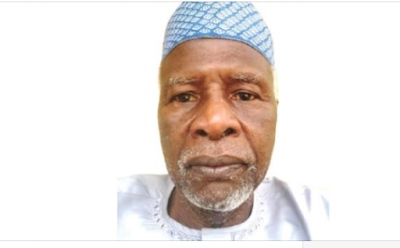 Kabiru Rabi’u Dansitta, the reported index COVID-19 case in Kano, says it is wrong for anyone to say he brought the disease to the state.

On April 11, Dansitta was reported as the index case of COVID-19 in Kano.

But in an interview with Daily Trust, he said there is a possibility that he contracted the disease in Kano because he had spent 12 days in the state before he went for a test.

The former diplomat said he felt bad that people accused him of deliberately spreading the disease.


Asked if he had forgiven those behind the negative reports, he said: “I am not going to join issues with anybody on this matter but that doesn’t mean I have forgiven them. They have soiled my good reputation.

“Imagine people going to the extent of saying that I was shot by a policeman while trying to escape from an Abuja isolation centre, and that I came to Kano to seek for treatment of gunshot wound. They even said I was busy visiting places to ensure that many people contract the virus. These are all false statements, and I can’t forgive these people for ruining my reputation.”

He also said his identity should not have been unveiled, accusing some government officials of being
behind it.

“The news about my travails and the news that I intentionally mingled with innocent people when I knew I had contracted the virus were all misinformation and mischievously spread,” he said.

“Moreover, the news that I recently travelled to America and that on my return I tested positive in Abuja before coming back to Kano was erroneously reported because the last time I travelled to America was in September 2019, that was even before the discovery of COVID-19 in the world.

“Though I am not a medical expert, but in my own naive assessment, I am sure there might have been traces of COVID-19 in Kano State before I tested positive.

“I am 75 years old and at my age, I have no reason to harm the people I love – my own people of Kano State. Do I have any justification to harm anybody? Moreover, it was wrong for anybody to say I brought the virus to Kano. I had spent twelve days in Kano and how sure are we that I might not have contacted the virus in Kano?

“I felt bad to read all sort of lies perpetrated against me. My reputation was tarnished, but l leave everything to God, he will surely vindicate me.”

Dansitta said he did not fall sick throughout the 29 days he spent in isolation but he was traumatised over what people said about him.

He added that his major concern was not having a crisis at the isolation centre as a result of an operation he did in the US in September.

With 883 patients, Kano has the second highest number of COVID-19 cases in the country.