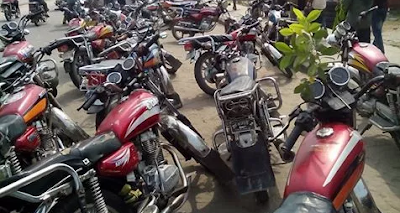 They were arrested in the truck with registration Number LFA 837 ZX enroute Lagos State from Nasarawa State.

The Chairman of the team, Mr Ikharo Attah, confirmed this to newsmen at the Eagle Square, where those arrested were brought to face the mobile court, on Tuesday in Abuja.

Attah said that the truck driver and his passengers were apprehended at AYA in Asokoro District of the FCT.


He regretted that in spite of series of arrest, prosecution and turning back by the FCT administration, many persons are yet to fully comply with the presidential directive on interstate travel ban.

According to him, just when one feels there is enough arrest to deter people, many more will continue to move and traverse state borders.

He said the driver of the truck, Samaila Tsamiya, was carrying fine stones used for making marbles and tiles, loaded in Taraba and heading to Lagos.

According to Attah, the driver said he carried the Lagos-bound passengers at Lafia after they pleaded and agreed to pay the sum of N2,000 each.

“We in the enforcement team are very saddened by the way human dignity is dragged in the mud. How can the driver load passengers in a truck carrying stones to Lagos which is highly uncomfortable for the human body.

“We have seen also where persons are transported in between bags of beans, onion, fertiliser and even cement.

“In very sad cases some even hide under cattle to evade arrest. Even the driver of the truck admits that he cannot allow any member of his family to be transported in such manner,” Attah said.

The FCT task team boss said the truck and all its contents would be impounded until the COVID-19 issues are addressed.

Attah said the men were arraigned before the Magistrates sitting at the eagle square presided by the judge, Idayat Akonni, who found them guilty and ruled that the truck be impounded.

He said that the driver was awarded a fine of N3,000 while also ruling that all the occupants of the truck be sent back to their point of departure.

One of the passengers in the truck, Musa Simon, said they are commercial motorcycle operators who left Lagos sequel to the lockdown.