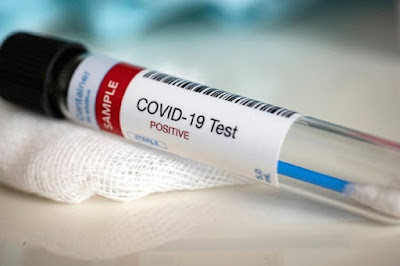 One of the two confirmed patients of COVID-19 in Abia State has been discharged from the isolation centre after testing negative to the disease two consecutive times while the other is in a stable medical condition.

Commissioner for Information, Chief John Okiyi Kalu, explained that the samples taken from contacts of the two index cases and sent to NCDC returned negative results.

In his words, “We are expecting results for 44 other samples sent for testing and will communicate the outcome once they return from NCDC.

“Starting from this week, our epidemiologists will commence active case search in all the LGAs in the state to ensure that no case in the state goes undetected.


“In order to avoid a total economic collapse of the state with the consequent possible social structure breakdown, stakeholders in the state, and agreed on a phased relaxation of some of the existing prevention/control measures in the state as occasioned by the outbreak of COVID-19 in the country.”

While stressing that the dusk to dawn (6 pm – 6 am) curfew imposed by the state government has ended, the commissioner stated that the curfew ordered by the federal government (8 pm – 6 am) had become operative in the state.

Okiyi- Kalu added that security agents and members of COVID-19 Enforcement Taskforce have been directed to arrest and prosecute anyone who leaves his house without wearing a face mask.

“The closure of our boundaries with neighbouring states remain in force until further notice. Vehicles that breach the curfew imposed by the federal government are to be confiscated and the passengers kept in quarantine at the nearest appropriate medical facility or handled as may be advised by members of the enforcement task force.”

He warned traders who open markets at dawn to attend to buyers from mostly outside the state, with particular reference to Kent Street, Aba, Ariaria International Market, Asa Nnentu and Ohiya Spare Parts Market, to cease from it forthwith or face the full wrath of the law which will include the sealing of such shops.

“Henceforth, traditional rulers and village heads of boundary communities in the state that permit vehicles and persons from neighbouring states into our territory will be dethroned and tried for beach of the state’s COVID-19 regulations.

“All markets previously closed in the state remain closed until all formalities regarding the new operating rules are agreed to between the market unions and the inter-ministerial committee on COVID-19.”