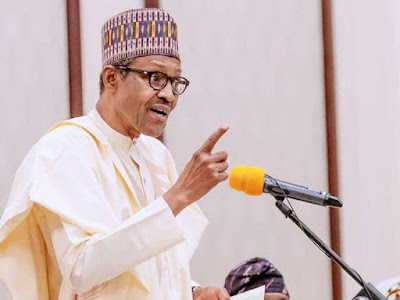 The Civil Society Organisation in Nigeria has called on President Muhammadu Buhari to review composition of the Police Trust Fund, PTF, to ensure that it complies with the requirements of the law, particularly, the Federal Character Principle.

Sequel to the constitution of the Board of Trustees for the Nigeria Police Trust Fund by President Buhari which was announced on May 6, 2020 by Senior Special Assistant to the President, Garba Shehu, the group made the call in a joint statement signed by members of the organisation on Sunday, May 10, 2020.

The group noted that “the appointment of retired Inspector-General of Police, Suleiman Abba, as Chairman, Board of Trustees of the Nigeria Police Trust Fund, and the appointment of Ahmed Aliyu Sokoto as the Executive Secretary of the Board, is a breach of the Federal Character Principle and Law.

They both come from the same geopolitical zone. Section 14(3) of the Constitution provides that ” The composition of the Government of the Federation or any of its agencies and the conduct of its affairs shall be carried out in such a manner as to reflect the federal character of Nigeria and the need to promote national unity, and also to command national loyalty, thereby ensuring that there shall be no predominance of persons from a few State or from a few ethnic or other sectional groups in that Government or in any of its agencies”.


The group also decried the non-consultation with key stakeholders and critical interests in the appointments.

According to Okechukwu Nwanguma, Executive Director, Rule of Law and Accountability Advocacy Centre (RULAAC), “there is no evidence of consultation by the President before appointing people purported to represent various interest groups and key stakeholders. An example is the appointment of one Dr. Michael Bamidele Adebiyi to represent Civil Society.

This appointee, his organisation, work and experience are unknown in the civil society community in Nigeria, especially among groups working on police and criminal justice reform issues. We therefore wonder who in civil society was consulted before he was appointed”.

It however, tasked the President to explain the inconsistency in references to board membership in the Act and consider an amendment to the Act, to address the concerns raised as well as ensure adequate and wide consultations with critical stakeholders and interest groups to ensure that those who are appointed to represent them in the Board enjoy legitimacy, credibility and trust.