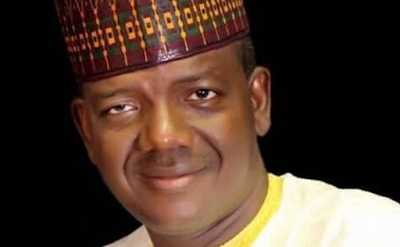 Gov. Bello Matawalle of Zamfara has commended the Economic and Financial Crimes Commission (EFCC) for exposing Chinese nationals who tried to block investigations against their alleged shoddy contract in the state.

The News Agency of Nigeria (NAN) reports that officials of the anti-graft agency at its Sokoto zonal office are currently investigating a multi-billion naira contract by a Chinese company, which was awarded by the immediate past administration in the state.

Two of the Chinese nationals, representing the company allegedly approached the EFCC zonal officer with a bribe of N100 million.

Consequently, the officer asked the culprits to bring the money and on bringing half of it (N50 million), the Chinese men were arrested with the amount as exhibit.


Reacting to the development  Matawalle in a statement signed by his Special Adviser on Public Enlightenment, Media and Communications, Mr Zailani Bappa, in Gusau on Thursday, said the attempted bribery further confirmed his earlier accusation that the company only collected the contract sum without executing the project.

He was quoted as saying: “I want to specifically commend the leadership of Ibrahim Magu and his able Zonal Head in Sokoto, Alhaji Lawal Abdullahi, for moving this case to a significant stage by this arrest and further proving to the world our cries against the atrocities perpetrated by the immediate past administration in the state.’’

He said the arrest by the EFCC of Messrs Meng Wei Kun and Xu Koi of China Zhanghao for an attempt to bribe the Head of its Sokoto Zonal Office in order to quash investigation into the multi-billion naira contract fraud in Zamfara cannot simply pass unnoticed.

“Sometimes back, I cancelled the unexecuted multi-billion naira contract awarded to this same Chinese company and called for the refund of the money.

“I still call on Mr President to assist the state government to fast track the retrieval of this money and repatriate it to the state so that we can actually provide the water and electricity to the rural areas,” Matawalle appealed.

“It is pertinent here to call on President Muhammadu Buhari to further endorse his confidence on Mr Ibrahim Magu and his team as it is becoming obvious by the day that those calling for his removal actually have skeletons hiding in their wardrobes,” the governor said.