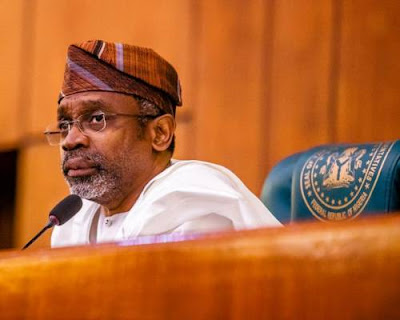 The Speaker of the House of Representatives, Femi Gbajabiamila on Tuesday made a u-turn declaring that the Infectious Disease Bill, 2020 will undergo a public hearing.

The speaker made this disclosure in a statement made available to the press immediately before plenary on Tuesday.

Gbajabiamila who last week Tuesday during plenary clearly stated that the Bill could be pushed without a public hearing declaring that “a critical situation demands a critical measure”, finally bows to pressures that the Bill must be x-rayed by the public.

Various bodies, critical stakeholders  and the social media had called for annihilation of the Bill as it was widely seen as anti-Nigerian and retrogressive.


Senator Dino Melaye and the Peoples Democratic Party, PDP had stabbed the underbelly of the Bill exposing the inherent dangers if it’s finally passed into law.

He said “the  Control of Infectious Diseases Bill will be put forward to a public hearing where stakeholder contributions will be sought to make improvements to the Bill before it is reviewed and debated by the Committee of the whole. It is from the accumulation of these myriad views, suggestions and good faith critiques from within and outside the House that we will arrive at final legislation that meets the present and future needs of our country, and which we all can support.

The Lagos Lawmaker explained that:”When the House last sat in session on Tuesday the 28th of April 2020, we considered the proposed Control of Infectious Diseases Bill, amongst other things. Since then, there has been a barrage of criticisms and accusations, including allegations that the proposed Bill is a product of inducement by foreign interests. The Bill, which is still a proposal subject to consideration, amendment and improvement has been assailed as a sinister attempt to turn Nigerians into guinea pigs for medical research while taking away their fundamental human rights.

“Suffice it to say that none of these allegations are true. Unfortunately, we now live in a time when conspiracy theories have gained such currency that genuine endeavours in the public interest can quickly become mischaracterised and misconstrued to raise the spectre of sinister intent and ominous possibility. This House of Representatives will never, take any action that purposes to bring harm to any Nigerian here at home or abroad. As we have thus far shown by our conduct, the resolutions and actions we take in this 9th

“House of Representatives will always be in the best interests of the Nigerian people who elected us, and no one else.”

” In the recent uproar, certain fundamental truths have been lost and are worth remembering. Our current framework for the prevention and management of infectious diseases is obsolete and no longer fit for purpose. The current law severely constrains the ability of the Federal Government of Nigeria and the Nigeria Centre for Disease Control (NCDC) to take proactive action to prevent the entry into Nigeria of Infectious diseases and the management of public health emergencies when they occur. Even now, the government remains vulnerable to claims that some directives already being implemented to manage the present crisis do not have the backing of the law and therefore cannot withstand judicial scrutiny.”

“I disagree wholeheartedly with the suggestion that this is not the ideal time to seek reforms of the infectious diseases and public health emergency framework in the country. The weaknesses of the present system have already manifested in the inability of the government to hold to proper account those whose refusal to adhere with Nigeria Centre for Disease Control (NCDC) guidelines led to the further spread of the coronavirus in Nigeria. We have had people break out from isolation centres, and others, who, fully aware of their status, chose to travel across State lines on public transport.

“The number of those currently infected by the coronavirus continues to rise alongside the number of those who have died. There is no timeline for when this disease will pass, and nobody can predict when the next public health crisis will occur, just as nobody predicted the present predicament. It bears restating that we do not have in our country, a healthcare system or for that matter, a national economy that is sufficiently robust to withstand the dire consequences of a sustained infectious disease pandemic. We cannot tie our own hands in the fight against this disease.

“Whether we choose to accept it or not, the world we live in has changed irretrievably. There is no ‘normal’ to return to as this present crisis has laid bare the fundamental weaknesses in our systems of law and policy and left our nation at risk of devastating outcomes on all sides. Our current task is first to survive and then to set about building a new world. Inevitably, this demands that we should be willing to consider new ideas, explore novel possibilities, rejecting those ancient shibboleths we have long adhered to without benefit.

“We may sometimes disagree with the how and the why of policy proposals. The parliament of the people is not an echo chamber. It is a marketplace of ideas where only those proposals that gain currency with the majority should carry the day. However, our disagreements must be grounded in a shared recognition that our present travails demand urgent interventions.

And we must not allow ourselves to ecome victims of the cynical assumption that every policy proposal or response is a result of personal inducement or a grand conspiracy to bring harm to the people on whose behalf we hold political office.”

The Control of Infectious Diseases Bill will be put forward to a public hearing where stakeholder contributions will be sought to make improvements to the Bill before it is reviewed and debated by the Committee of the whole. It is from the accumulation of these myriad views, suggestions and good faith critiques from within and outside the House that we will arrive at final legislation that meets the present and future needs of our country, and which we all can support in good conscience.

“The social distancing guidelines under which this House and the whole country operates for the time being means that the usual format of public hearings is not tenable. If a socially distant public hearing becomes workable, we will certainly explore that option. Nonetheless, the House will provide alternative platforms for all Nigerians who desire, to send in written documents that articulate their concerns, make recommendations on amendments and perhaps present other formulations for a new framework for managing infectious diseases in  Nigeria. All the contributions we receive will be considered and aggregated to improve the proposed legislation.