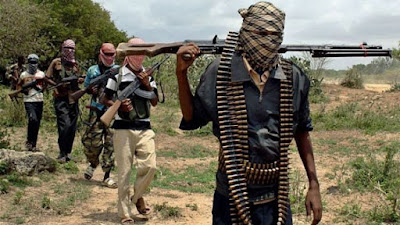 An army situation report stated that the terrorists came in no fewer than 10 gun trucks to attack the base.

The report said, “Update on attack on 156 Battalion location in Mainok; at about 5pm, Boko Haram elements attacked 156 Task Force Battalion’s location, Mainok town, with approximately 10 gun trucks – about six gun trucks attacked from Mainok and about four attacked from the North end.

Meanwhile, the Defence Headquarters, Abuja, said on Saturday that the Air Task Force of Operation Lafiya Dole had killed scores of Boko Haram terrorists in several locations in the Alafa Yagayaga area of Borno State.

The DHQ’s Defence Media Operations in a release stated that intelligence showed that the Boko Haram elements were recruiting new fighters at the locations and planning to attack military bases.

The DMO Coordinator, Maj Gen John Enenche, said, “Boko Haram terrorists in the Alafa Yagayaga, Sambisa Forest area, have been set in disarray as a result of massive air strikes conducted by the Air Task Force of Operation Lafiya Dole on May 15.

“The operation was executed based on series of intelligence, surveillance and reconnaissance missions, which showed that the terrorists had imported additional fighters and increased their logistics stocks.

“Consequently, the ATF dispatched attack aircraft and a surveillance platform to engage the location. The Nigerian Air Force fighter jets attacked the target area, neutralising many Boko Haram terrorists as well as destroying their logistics facilities.”