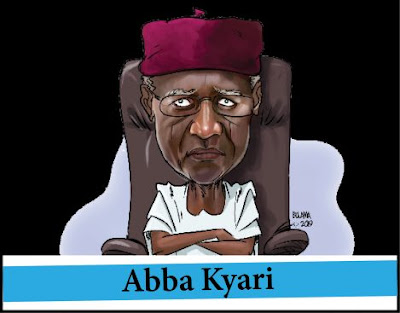 The Health and Human Services Secretariat of the Federal Capital Territory Administration said it has discharged the individuals who attended the burial of the Chief of Staff to the President, Abba Kyari, after testing negative for COVID-19.

It explained that the men were released from isolation after 14 days, adding that they have been reunited with their families.

Many prominent Nigerians had attended Kyari’s burial at Gudu Cemetery in Abuja on April 18, where minimal regard was paid to social distancing protocols.


This had generated concern among Nigerians who expressed fears over the violation of the social distancing by the attendees.

Following this, the FCT Administration directed all participants to go on self-isolation for two weeks.

The Presidency equally directed officials who attended the funeral to go on self-isolation and keep away from the Presidential Villa for 14-days.

But some of the attendees, including the Secretary to the Government of the Federation, Boss Mustapha; Minister of Information and Culture, Lai Mohammed; Minister of Foreign Affairs, Geoffrey Onyeama, and other top officials, did not go into self-isolation as directed by the authorities.

Mustapha, who heads the Presidential Task Force on COVID-19 later apologised for violation of the protocols at the funeral.

Providing an update on Sunday, acting Secretary, HHSS, FCTA, Dr Mohammed Kawu said, “The Health and Human Services Secretariat of the FCT Administration, is happy to announce that the individuals exposed during the burial of the late Chief of staff to the President, Malam Abba Kyari, have completed their 14 days isolation.

“Tests were conducted on them and they have all tested negative to COVID-19. They have been reunited with their families.”