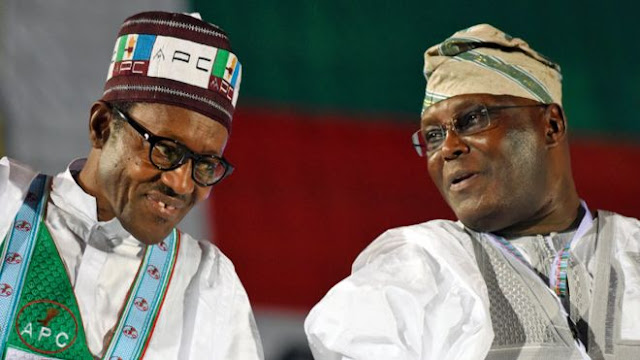 In a piece titled, “How to pull Nigeria from the brink,” the ex-Vice-President said, “Nigeria is at the lowest point we have ever been as a nation. We have over indulged on seemingly cheap loans and have quadrupled our foreign debt in just four years.


“Taking more of such loans will just sink our country deeper and deeper into a quagmire. What is certain is that we cannot continue with things the way they are now; except we want to ensure an implosion of our dearly beloved nation.

“We must cut our coat, not according to our size, but according to our cloth. Our Presidential Air Fleet of almost 10 planes should go. Our jumbo budgets for our legislature must go. The planned $100m renovation of our parliament must be cancelled.

“We cannot be funding non-necessities with debt and not expect our economy to collapse. Our civil servants must come to the realisation that Nigeria cannot sustain its size and profligacy. The same cost saving measures must be adopted by the states and council’s government.”

Atiku further said, “Prior to Nigeria’s October 1, 1960 independence from Great Britain, not only were we a nation self-reliant in food production, but we also exported food to other countries, earning precious foreign exchange in the process. Who can forget the great groundnut pyramids in Northern Nigeria?

“For example, in 1957, agriculture formed a whopping 86 per cent of our export revenue. By 1977, agricultural exports had dwindled to six per cent, and today, the figure is less than three per cent.

“How did our country go from being a net exporter of agricultural products to a net importer of food products? How did we go from a country that could feed itself to one that desperately depends on foreign imports for survival? The answer to these questions is leadership focus.”