Ask the president what you expect from me -New Chief of Staff, Gambari tells journalists 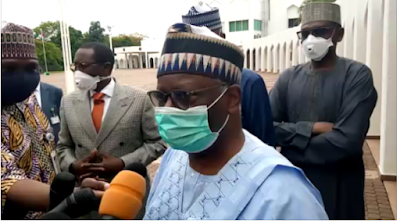 Ibrahim Gambari, the new chief of staff, says he will serve President Muhammadu Buhari to the best of his ability.

Speaking with state house correspondents on Wednesday, Gambari thanked Buhari for giving him the opportunity to serve.

Asked what Nigerians should expect from him, he said: “I think you have to ask the president.”

Gambari succeeds Abba Kyari who died from complications of COVID-19 in April.

The new chief of staff, who is from Kwara state, was the minister of external affairs from 1984 to 1985 under Buhari’s military regime.

Boss Mustapha, secretary to the government of the federation, announced the appointment of Gambari at the federal executive council (FEC) virtual meeting on Wednesday.