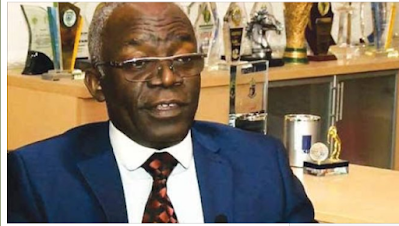 Femi Falana, a senior advocate of Nigeria (SAN), says appeal court judges are empowered to return to the trial courts to hear cases.

The supreme court had nullified the 10-year jail term conviction of Ude Udeogu, a former director of finance and account at the Abia government house who was convicted for fraud alongside Orji Uzor Kalu, former governor of the state, on the grounds that Mohammad Idris, the presiding judge, lacked the jurisdiction to hear the case.

The apex court had dismissed section 396(7) of the administration of criminal justice act (ACJA) which allows a judge elevated to the court of appeal to sit over a matter at a high court.

In an article on Tuesday, Falana argued that acts of both supreme and appeal courts made provisions for its judges to exercise powers of the trial courts in such matters.

“Pursuant to section 22 of the Supreme Court Act the Justices of the apex court ‘… shall have full jurisdiction over the whole proceedings as if the proceedings had been instituted and prosecuted in the Supreme Court as a court of first instance and may rehear the case in whole or in part or may remit it to the court below for the purpose of such rehearing or may give such other directions as to the manner in which the court below shall deal with the case in accordance with the powers of that court.’ Similarly, the Court of Appeal has been empowered by Section 16 of the Court of Appeal Act to rehear a case  and exercise all the powers of a judge of the high court in determining any appeal.

“Thus by virtue of section 22 of the Supreme Court Act and section 16 of the Court of Appeal Act both appellate courts are permitted by the National Assembly to jettison the judgments of high courts and rehear the cases as if they were filed in both courts as courts of first instance. In the process, the Justices of both appellate courts are allowed to grant interim or interlocutory orders of injunction and conduct trials like judges of the high court and deliver their judgments in accordance with the Rules of Procedure of the court of first instance.

“Going by the authority of Ude Jones Udeogwu v FRN the powers conferred on both the Supreme Court and the Court of Appeal to rehear cases like courts of first instance are illegal and void since sections 233 and 240 (1) of the Constitution have limited the powers of both appellate courts to hear and determine appeals from lower courts. But if the law that empowers the Justices of the Supreme Court to sit like a high court and rehear a case in its entirety is not unconstitutional why should it be unconstitutional for a Justice of the Court of Appeal to return as a high court judge to conclude a part heard criminal matter?

“As the Constitution has limited the powers of the appellate courts  to hear and determine appeals arising from the decisions of lower courts are we to believe that the National Assembly violated the Constitution when it conferred the powers of a high court judge on the Justices of the appellate courts?  In other words, can section 16 of the Court of Appeal Act and section 22 of the Supreme Court Act be said to be constitutionally valid in view of the decision of the Supreme court in the case of Ude Jones Udeogu v FRN (supra)?”

The senior lawyer said the desire of the federal legislators to halt the frustration of the prosecution of corruption cases by members of the ruling class has been defeated.

He said since the fiat given to Idris to conclude the case was declared illegal and quashed by the supreme court, he has searched in vain for any constitutional provision that empowers the heads of the appellate courts to authorise serving judges of the court of appeal and the supreme courts to preside over judicial commissions of inquiry instituted by state governors.

He added that the constitution should also be amended to confer powers on heads of courts to second judges to serve in judicial tribunals and in courts outside the country.