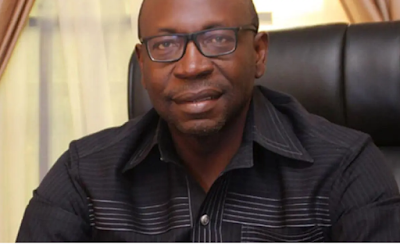 The chairman of the forum of APC chairmen in Edo State, Elder Benjamin Oghumu, told journalists in Benin City, the state capital that “Pastor Osagie Ize-Iyamu is not a member of our party. Hence, the urgent need to reject the acclaimed consensus which is totally false without foundation.”

According to him, “Ize-iyamu led his followers out of All Progressives Congress in 2004 and even contested the governorship election on the platform of Peoples Democratic Party in 2016 election which he lost.

“The purported waiver granted to him by the National Working Committee of the party was null and void as spelt out in article 31 of the party constitution which confers the power to do such on the Natiinal Exrcutive Coumcil of the party.”


“Pastor Ize-iyamu only recently joined Edo Peoples Movement (EPM), a group organised by Oshiomhole to destabilise the APC in Edo state. Our party has a constitution and the constitution make it clear on how things are done including registration of new members.

“We in Edo know only one person which is Gov Obaseki and we are solidly behind him for another term, we urge president Buhari call Adams Oshiomhole to order before it is too late.”