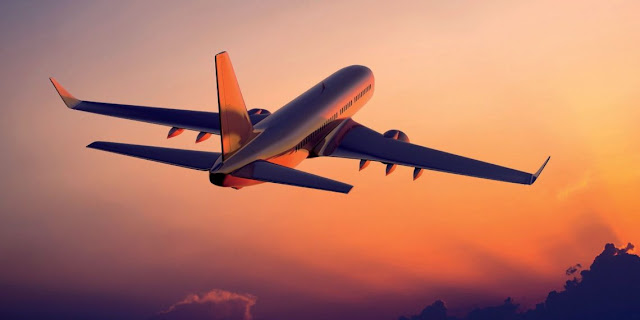 Airlines in Nigeria are losing about N17 Billion monthly as a result of the impact of the coronavirus outbreak across the country, the Federal Government said on Wednesday.

The Minister of Aviation, Hadi Sirika, said this while speaking in Abuja at the daily briefing by the Presidential Task Force on COVID-19.


“We (aviation sector) are worst hit than any other sector. Some N17bn monthly is being lost by the airlines, thanks to COVID-19,” the minister stated.

This came as the Airline Operators of Nigeria condemned the decision of the Federal Government to patronise foreign airlines for the evacuation of Nigerians abroad.

In his address at the PTF briefing, Sirika explained why the Federal Government would not open the airport today (Thursday) as planned.

He said, “The sector is highly regulated, very coordinated and has set standards that must be followed at all times. Safety, security and efficiency in the sector is extremely important regardless of what is going on.

“We will not be able to just open up after closing for several weeks and perhaps for some months. Those aircraft have been parked and if we are going to bring them into service, we will ensure that they are airworthy and that they can make those flights and land safely.”

He said there were several other protocols that must be met in order to ensure high safety and security alertness before the airports would be reopened for operations.

On the use of foreign airlines to evacuate Nigerians, the AON said government’s action was disappointing after it had made earlier statements that it would engage three domestic airlines to carry out the evacuation exercise.

A schedule released by the Federal Ministry of Foreign Affairs said the first batch of 265 evacuees from Dubai would arrive Nigeria on Wednesday.

Another 300 persons are to arrive from London on Friday aboard British Airways, while on Monday, Ethiopian Airlines would airlift those coming from the United States.

In a statement signed by the Executive Chairman, AON, Capt. Nogie Meggison, the body said Nigerian airlines had the capacity to bring their countrymen and women back to their fatherland.

He noted that like the norm worldwide, the United Kingdom used British Airways, France used Air France, while the United States came with a Chartered B767 from America.

“AON expressed shock that despite the above fact, someone finds it easy to contract foreign airlines to do these evacuations despite our country’s economic position and not having the spare resources for it as it is not captured in the budget,” the statement added.

The body said the contract to foreign airlines was done despite the low price of oil coupled with the fact that Nigerian airlines were currently struggling to keep their workforce due to huge loss in revenues occasioned by the COVID-19 lockdown.

“It is also sad to note that with the millions of dollars that is going be spent on these flights, none of it will be put back into the Nigerian economy apart from the landing and navigational charges of approximately $20,000,” Meggison stated.

He added, “So we are calling on the government to identify those officials who took such unholy decision.

“At a time when government is searching for ways to boost its revenue, some officials are giving away the country’s meagre resources to foreign countries.”

The AON chairman said the foreign airlines were flying their local pilots and crew.