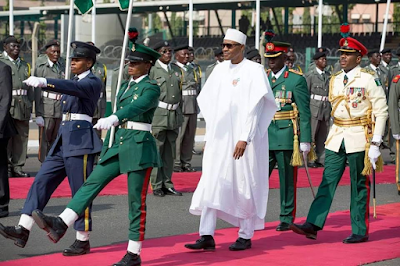 The Office of the Accountant General of the Federation (OAGF), Sunday said it had completed paying April salaries of Armed Forces personnel.

Its Director (Information, Press and Public Relations),  Mr Henshaw Ogubike, disclosed this in a statement to newsmen in Abuja.

Ogubike said that the Integrated Payroll and Personnel Information System (IPPIS) Department confirmed the payment on May 8.

He quoted the Integrated Payroll and Personnel Information System Office as saying ”the delay in the salary payment was due to the unexpected lockdown in the country.”


Ogubike noted that the lockdown led to late submission of variations by the agencies concerned and the need to accommodate their inputs in the April payroll accordingly.

“This explanation became necessary following a Newspaper report which alleged that the April salaries of military and paramilitary personnel was delayed as a result of incapability and inexperience of IPPIS operators.

“As mentioned in the newspaper report, officials of the Integrated Payroll and Personnel Information System had given assurance that the salaries would be paid between May 4 and May 8.

“And this was promptly carried out as noted earlier,” he said.

Ogubike said OAGF and IPPIS department staff were competent professionals who had demonstrated the capacity to work in line with the presidential directives and have saved the nation over N361 billion.

He said they achieved this in spite of distractions and opposition from those whose objective was to sabotage the government policy.