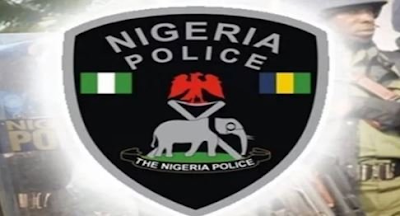 An artisan and resident of Kuje in Abuja, Mr Sati Danshetu, has petitioned the Inspector-General of Police over an alleged shooting and breaching of his fundamental rights by police during lockdown in Abuja.

He alleged that he was shot and abandoned by the police on his way to buy food at a local outlet in Kuje, Abuja, on Sunday, April 5.

Danshetu, in separate petitions to the Attorney General of the Federation and the Executive Secretary, National Human Rights Commission, also called for the arrest and prosecution of the culprits.

In the petition dated April 23 filed on his behalf by Mr David Ajaba, Lead Counsel, Honoris Lex Law Firm, Danshetu demanded for compensation of one billion naira to enable him to seek urgent medical attention


The petition was titled: “Petition Against Causing Grievous Hurt, Attempted Homicide, Breach of Fundamental Rights and Demand for Compensation”.

It read in part: “our client is an indigene of Kuje Area Council of the Federal Capital Territory and a law abiding citizen of Nigeria.

“On Sunday April 5, our client went out to buy food at a local food outlet, when suddenly the area was overwhelmed by men and officers of the Nigeria Police Force, led by the Divisional Police Officer (DPO) of Kuje Division.

“The police were discharging live ammunitions sporadically and in the process shot and abandoned our client in the pool of his own blood in a manner only typical of a horror movie.”

According to the petition, after protests by aggrieved villagers to the police station, the DPO only dumped Danshetu at the National Hospital without any financial commitment whatsoever.

“He is now under a sentence of death most cruelly passed on him by your men while the whole family relish in trauma of the incident.

“It is our considered view that this savage act violates section 35 of the Police Act and constitutes the offences of causing grievous hurt and attempted culpable homicide contrary to Sections 248 and 230 respectively of the Criminal Code Act.

“Upon this we firmly request that you use your good offices to immediately arrest and prosecute the culprits,” it stated.

It stated that failure or delay to do so spelt doom for many other Nigerians who would as a matter of necessity be driven out of their houses by hunger and the likes during the lockdown.

According to the petition, the act is further a breach of our client’s fundamental rights to dignity of the human person, personal liberty and freedom of movement enshrined in sections 34, 35 and 41 of the Constitution of the Federal Republic of Nigeria, 1999 (as amended).

“We thus demand immediate compensation in the sum of one billion naira to enable our client seek urgent medical attention, which he most critically requires and also to support the miserable life occasioned by this barbaric act,” it stated.

It warned that if the demands were not immediately met, the solicitor would explore all legal avenues to seek redress in line with the instructions of the client.