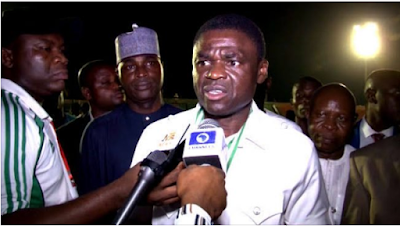 Philip Shaibu, the deputy governor of Edo state, has given a break down of how the state spent over N1 billion in its response to the novel coronavirus disease (COVID-19).

Shaibu, who also serves as the chairman of the state’s COVID-19 response technical committee, said the money was spent on medical equipment, isolation centres, PPEs, and palliatives.

On April 19, Godwin Obaseki, the governor of the state, had said the state has already spent over N1 billion on its COVID-19 response, which led to a lot of backlash on and off social media.

But speaking with Osasu Igbinedion on The Osasu Show, Shaibu said: “The over N1 billion that is becoming a controversy is crazy because, for instance, we have two new isolation centres that have been built, we have a 30-bed new isolation centre in Stella Obasanjo [Hospital]”.


“We have a 12-bed isolation centre in Auchi, 12 female and 12 male, making a total of 24. The entire Stella Obasanjo Hospital now, that used to be 168-bed facility is being converted, as we speak, to a 400-bed facility, which will be also a holding centre and an isolation centre.

“Beyond that, equipment, ventilators, presently have become the hottest cake in terms of medical equipment in the entire country beyond PPEs. We procured recently, within this period, a total of 32 ventilators.”

“When you quantify the amount of the cost of a ventilator, an average of N8 million, you would know the cost of that.”

SIX DIALYSIS MACHINES & 10,000 PPES
The deputy governor went on to explain the need to buy dialysis machines for renal problems, springing from COVID-19.

“We also procured dialysis machines because when we were investigating this particular ailment, we discovered that you can get to a state where you’d need dialysis because of kidney failure and other renal problems,” he added.

“We are not talking about the facility itself, the structure itself. Don’t forget we have a brand new isolation centre in Stella Obasanjo, which was an expansion of the old one.

“We had one existing one that had a 24-bed ICU facility that we were supposed to use for the Edo 2020 national sports festival, but because of the pandemic, we decided to build a new one, which is a 30-bed one. That infrastructure was built in 12 days.

“It is amazing when you see what is there; I just cut the tape on behalf of the governor on Tuesday. When you quantify only medical equipment, the PPEs, you know the cost of this.

“We procured over 10,000 PPEs. We have procured a lot of face masks, N91, N3, and all the necessary medical protective kits.

“Beyond that, we have also invested in palliatives, with the first phase of palliatives for our people took place last two weeks, and the second phase is about to kick start from this week.

“When you quantify those costs, you’d agree with me that a billion is already too small for what I said.”

Frank Okiye, the speaker of the Edo State House of Assembly, was announced the index case on March 25. He has since recovered.