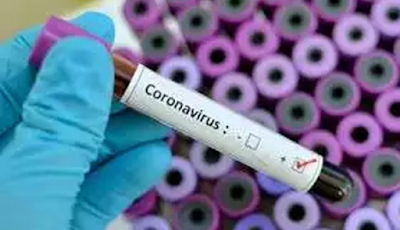 A three-year old child has tested positive to the novel Coronavirus in Ebonyi state becoming the eight case recorded so far in the state.

Governor David Umahi stated this in a broadcast on the state’s broadcast stations after the Security/Covid-19 Committee meeting on Wednesday.

According to the Governor, the child is one of the two children of the positive couple who were confirmed last week.

He said the child tested positive on 11th of this month.


Mr Umahi however lamented that the parents have refused to release the second child and have continued to breastfeed him in their isolation room.

He said: “As at today, we have a total of eight cases. Three of the cases are very sympathetic because it involves a man and the wife. The man and the wife have two little children; one is a year plus, the other one is three years.

“We even promised that the state will support the little child if they can bring the child care or we provide one but they have held the child”.

“Even through our CCT monitor, they will remove the child’s shirt and then be breastfeeding the child. We don’t know what to do in that kind of circumstance”, Umahi said.

Governor Umahi also revealed that himself and his Énugu counterpart, Ifeanyi Ugwuanyi are planning on erecting a fence at the border between both states to prevent people from crossing from one state to other.

“I spoke with Enugu Governor and we agreed to share building of gate together and it is still on my mind to build gates at our borders so that when we lock it, we just go home. We will build it in such a way that even if you want to go through the bush, you cannot pass”.

“I am going to be very strict on these border restrictions. If there were restriction of borders, we wouldn’t have even one case in Ebonyi state and that is the truth”.

He also lambasted those who believe there is no Coronavirus.

“And for those who still doubt that convid-19 is political, I pity them so much. Why can’t they come and prove that by coming to our treatment centres? We will give them access and they will come and embrace those who have it, we will allow them to do that. That is the way to prove that the disease is not real, not on social media”.

The givernor said a total of 428 persons are in isolation at various isolation centres across the state.

“Our directive is that these people that are committed to the holding centres, they are noted and we will take their samples and test after 14 days and if they test negative, we will release them with discharge certificates”.

Speaking further, he said that another 35 persons are still at the Pa Oruta Ngele Township Stadium Abakaliki isolation centre.

“At the stadium, we have 35 people. 33 are awaiting results of tests so that we will release them. 396 people have been issued with discharged certificates. We have tested a total of 818 samples mostly from Ebonyi state but we also test for other states in south east and south south”

“We have treated 378 suspected cases that tested negative. If you test negative and you have some slight issues, we give you drugs and make you well before you go home”, he said.