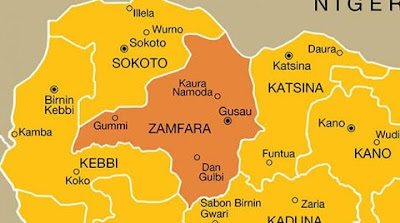 The Commissioner of Police, Usman Nagoggo, made this known while briefing journalists on Friday.


The commissioner said the Federal Government had last year banned all forms of mining activities in the state.

“This is because the government felt that there was a link between the criminality in Zamfara and mining activities,” he added.

According to the commissioner, the illegal miners were arrested based on an intelligence report that some unpatriotic Nigerians and foreigners were engaging in illegal mining activities.

Nagoggo maintained that all the suspects have confessed to the offence and would be arraigned.

He warned that “anybody who goes against the norms will be arrested and severely dealt with according to the laws of the land”.

Nagoggo stressed that the raiding of illegal miners would be a continuous process until all illegal mining activities were brought to a halt.