We will start treating Nigerians in our country better - China 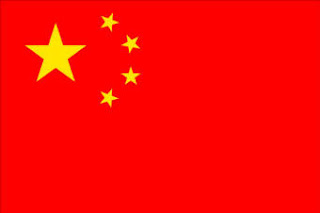 The Chinese Foreign Affairs Ministry said the authorities of Guangdong where some Nigerians were evicted from their homes and hotels last week, were working to improve their working method.


The Foreign Ministry spokesperson, Zhao Lijian, in a statement on Sunday, stated that the provincial government would henceforth provide health management services without differentiation, designate hotels for the accommodation of foreigners required to undergo medical observation and adopt price adjustment for those in financial difficulties.

He noted that the authorities would also set up an effective communication mechanism with foreign consulates-general in Guangzhou and reject all racist and discriminatory remarks.

A viral video had shown some Nigerians in Guangzhou being evicted from their homes and chased down the street by Chinese policemen.

The Nigerians complained that they were placed under compulsory 14-day quarantine, adding that despite testing negative for COVID-19, the authorities insisted that the quarantine period would be extended by another two weeks, a directive they resisted.

The Chinese officials were also said to have confiscated the passports of the Nigerians.

A second viral video also showed a Nigerian diplomat berating a Chinese official over the incident.

The Minister of Foreign Affairs, Geoffrey Onyeama, consequently summoned the Chinese Ambassador to Nigeria, Dr Zhou Pingjian, over the maltreatment of Nigerians in China.

The ministry confirmed in a tweet last Thursday that Onyeama engaged with the envoy over the eviction and stigmatisation of Nigerians in his home country.

But Lijian in his statement said, “The Guangdong authorities attach great importance to some African countries’ concerns and are working promptly to improve their working method.

“The measures include: to provide health management services without differentiation, to designate hotels for the accommodation of foreigners required to undergo medical observation and adopt price adjustment for those in financial difficulties; to set up effective communication mechanism with foreign consulates-general in Guangzhou; and to reject all racist and discriminatory remarks.”