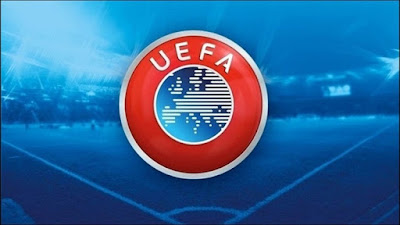 UEFA remains committed to completing the suspended football season in Europe despite the coronavirus pandemic after making “a strong recommendation” on Tuesday that leagues across the continent be played to a conclusion.

“There was a strong recommendation given to finish domestic top division and cup competitions,” European football’s governing body said in a statement after holding a videoconference with its 55 member associations.

However, it added that “some special cases will be heard once guidelines concerning participation to European competitions — in case of a cancelled league — have been developed.”

That could be of particular interest to Belgium and Scotland, whose top flights appear to have been awaiting a green light from UEFA to call an end to their seasons now.


UEFA said any decisions would be announced after its Executive Committee meets on Thursday. Before that it is due to meet with the powerful European Club Association (ECA) and the European Leagues grouping, which represents nearly a thousand clubs in 29 countries, on Wednesday.

League seasons were halted in mid-March as the coronavirus spread across Europe.

Some 106,737 deaths due to Covid-19 had been recorded in Europe by Tuesday. Italy, Spain and France have all officially recorded over 20,000 deaths while there have been more than 17,000 in the United Kingdom.

However, Germany has coped better than most of its neighbours and the German Bundesliga is set to become the first leading league to attempt to restart its season, with clubs expected to agree to a May 9 resumption when they meet on Thursday.

In Italy, all 20 Serie A clubs voted unanimously on Tuesday to complete the season, albeit they will only do so “if the government authorises it and in full compliance with the rules for the protection of health and safety”.

Initially following the suspension, the end of June had been set out as the target date for finishing the season, but UEFA has since been working on the possibility of playing in July and August.

It is understood that the scenario drawn up by a UEFA working group is based around completing the Champions League in August, with the final in Istanbul possibly on August 29.

The Champions League and Europa League are currently on hold “until further notice”, with both stuck in the last-16 stage.

UEFA has already postponed Euro 2020 by a year. They are also likely to put the next women’s European Championship back by a year to 2022.

Despite UEFA’s stance, football is at the mercy of the virus and of national governments who have adopted strict lockdown measures to try to halt its spread.

The Belgian Pro League has previously stated its intention to declare the season finished, but was warned earlier this month by UEFA that its clubs risked being excluded from the next Champions League if it did so unilaterally.

The decision was unanimously approved by the Pro League board at the start of the month and could be rubber-stamped at a meeting next Monday.

Meanwhile, Scotland has already declared the season over in the leagues below the top flight and could do the same for the Premiership if UEFA does not object, meaning Celtic would be champions.