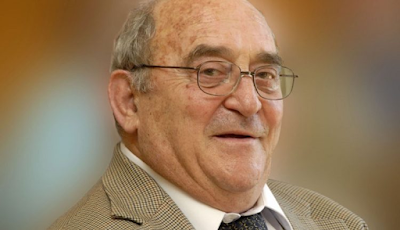 Denis Goldberg, a veteran of South Africa’s anti-apartheid movement who spent more than two decades in prison for resisting racist rule, has died at the age of 87.

A Jewish member of the Communist Party, Goldberg was the only white person to be sentenced to life imprisonment in 1964 at the famous Rivonia trials, at which Nelson Mandela was also sentenced to life.

Like Mandela, Goldberg was found guilty of being involved in the armed struggle by the African National Congress against the apartheid regime.


Goldberg died late Wednesday after living with lung cancer for two and a half years, Debbie Budlender, manager of the Denis Goldberg Legacy Foundation Trust, said on Thursday.

The fact that he lived on for so long was “a sign of his determination and courage,” she said.

After being released from prison in 1985, the trained engineer went into exile, joining his wife – Esme Bodenstein, also a political activist involved in the struggle – in London.

He returned to South Africa in 2002, according to the trust.